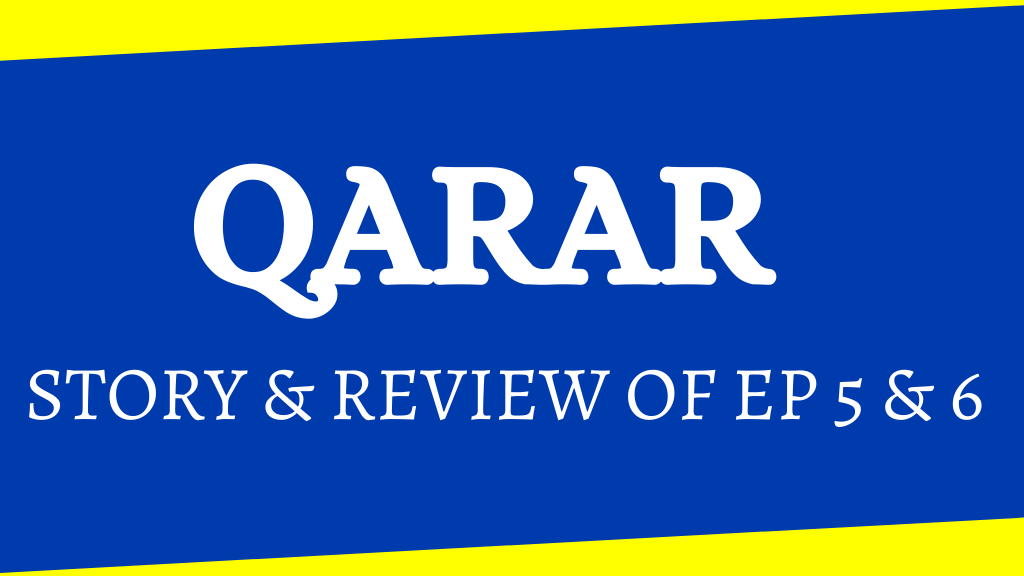 In the last episode we watched how Maya was so impressed with the wealth and luxurious life of Salman, and she was so satisfied when he told her that she will be the sole owner of his entire property. She felt that her dreams will come true soon.

The story continues with a track in which Maya and Salman are adamant to get married. Maya gets too stubborn and wants to marry Salman at any cost. Salman is also getting hasty, and that is why he misbehaved with Siraj who felt embarrassed in front of Ammar and his grandmother.

Ammar’s grandmother sends his proposal for Fareeha because she thinks her a decent girl. Fareeha gets upset when she gets to know about Ammar’s proposal for her. She says that Ammar does not likes me, we should not get married. On the other hand, Ammar also refuses to get married to Fareeha. But his grandmother makes him emotional by saying that she wants to see him as a groom now, since she is aged now, and life is so unpredictable. Then, Ammar agrees to his grandmother’s wish because he really loves her and can do anything to make her happy. Fareeha’s uncle tries to convince her to get married to Ammar, but she feels so awkward and goes to Maya on her wedding day to request that she should talk to her father about rejecting Ammar’s proposal. But as usual, Maya refuses to help her out.

After Maya’s marriage, Siraj abandons her to her fate as she has disrespected the family. Next day, when Fareeha agrees to marry Ammar after seeing her uncle depressed and sad. This becomes a delightful moment for her uncle, and the preparations of her marriage start.

Fareeha is shocked to know that even Ammar is ready to marry her now. Her colleague (Ammar’s cousin) informs her that Ammar conceded to this marriage only out of love for his grandmother.

Maya is spending quite a dreamy life with Salman, but he tells her that he will not let anybody know about their marriage because his family is not aware of it. He asks her to keep their marriage a secret. This makes Maya so angry as she is unable to bear that Salman is still in contact with his first wife.

Siraj enquires Nadira about the jewelry that his sister had kept for Fareeha. Nadira feels too anxious because she has given that jewelry to Maya. She then makes an excuse that she has lost the keys of the cupboard and will find them later. She instantly goes to Fareeha for help. Due to her caring nature, Fareeha goes to her uncle to tackle the situation. Meanwhile, Siraj gets aware of the reality that his wife lied to him and is assured now that Nadira has given Fareeha’s jewelry to Maya. He admonishes Nadira that what she has done is really wrong because snatching an orphan’s right can never be justified. Fareeha tries to soothe her uncle as she sacrifices her jewelry for her cousin.

Fareeha feels too low and thinks that she has landed into big trouble. At the same time, it’s getting difficult for Ammar to forget Maya as he is so lost in her memories. The moment when he saw Maya for the first time appears as a flashback in front of his eyes again and again. But at last, Fareeha and Ammar get married.

On the other hand, Maya asks her husband about the beauty of his first wife. When Ammar enters the room after his marriage, he starts insulting Fareeha that she is the one who did not want to see Maya and Ammar together. He blames her that she convinced Maya to marry Salman and forced her to reject Ammar. Fareeha however is not in a mood to give any explanation. Ammar again humiliates her by saying that h will not be obscured by her pretense and will never become a victim of her trap. Fareeha feels helpless and looks at him silently.

It will be interesting to see that will Ammar ever be able to see the good in Fareeha? Will he ever accept her? I think someday he will because Fareeha is quite a positive energy. But what about Maya? Is Salman playing any game with her? How will she deal with her current circumstances? Moreover, will she ever let Fareeha live peacefully when she herself is so disturbed in her married life? There is a lot more to come in the story, especially the entry of Mikaal Zulfiqar. Let’s see which turn their lives will take next.