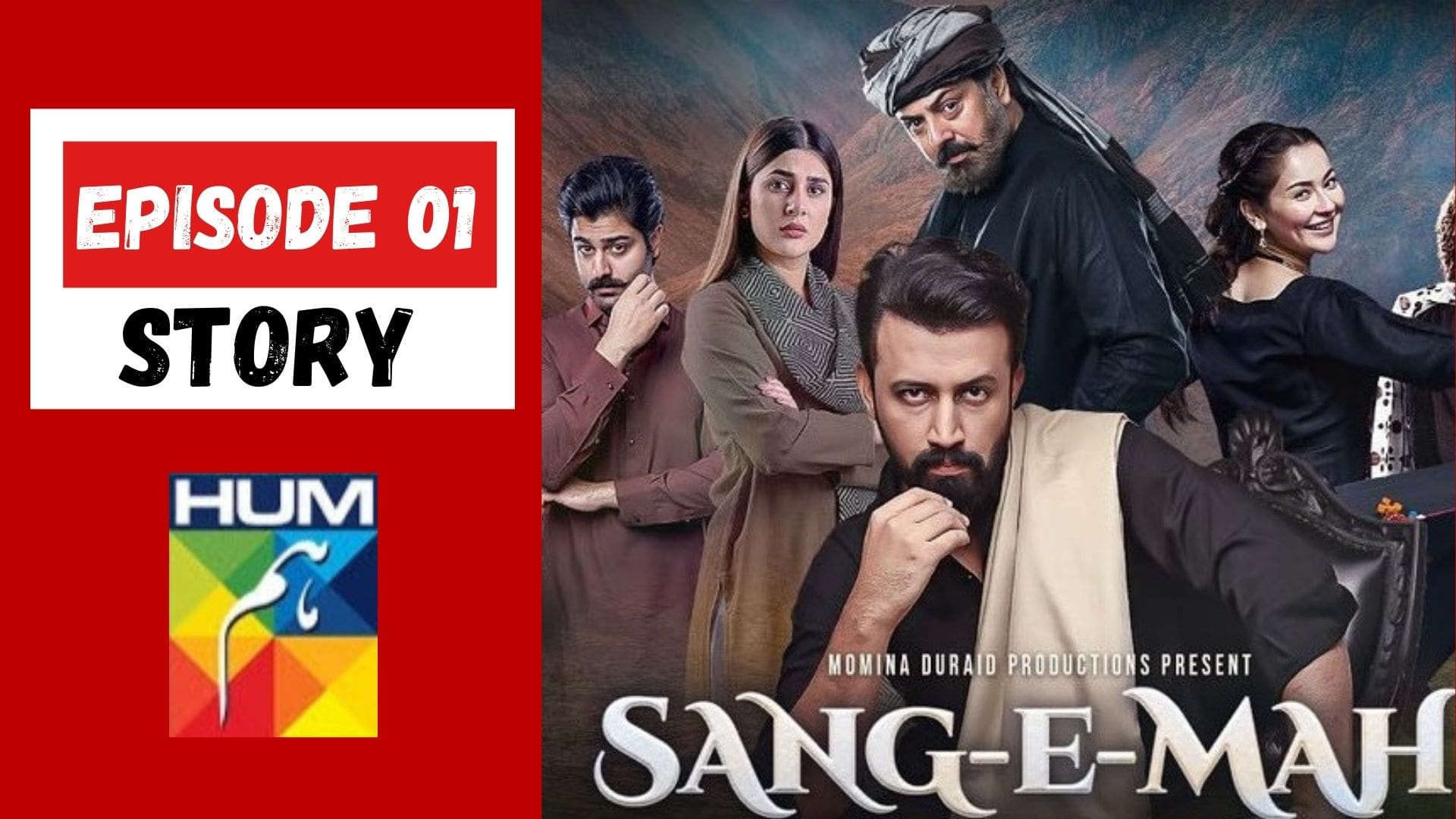 Below is the episode 1 story of the drama ‘Sang-e-Mah‘ that was aired on 9th January 2022.

The drama opens up with Mastaan Singh in a temple who is repenting over a sin committed some twenty years ago. Haji Marjaan Khan has two sons, Hilmand and Hikmat where the latter likes his cousin Gul Meena.

Hikmat is in the fields while Gul Meena is hunting with her mother, Zarghuna and sees Hikmat’s shoe prints. Hikmat’s mother, Zarsanga spots a long, henna-applied hair on his shirt and finds out that Gul Meena and Hikmat have been secretly seeing each other. Hikmat tries to convince his mother to talk for Gul Meena’s hand in marriage, but she is not convinced.

Marjaan Khan stops his dancing, Hilmand and his rogued friends and insults his friend’s parents and grandparents. Hilmand doesn’t want to return to his home and refuses to go with his father. Gul Meena tries to pacify her mother who is still upset over her meeting with Hikmat and sternly forbids her meeting Hikmat again.

Mastaan Singh fails to take off a woman’s engagement ring of 20 years ago and leaves. Gul Meena tries to convince Hikmat that they can’t be together. Hikmat vows that he will ‘Ghaq’ – a claim that a girl can only be his bride.