Story and Review – Episode 2 of Tarap 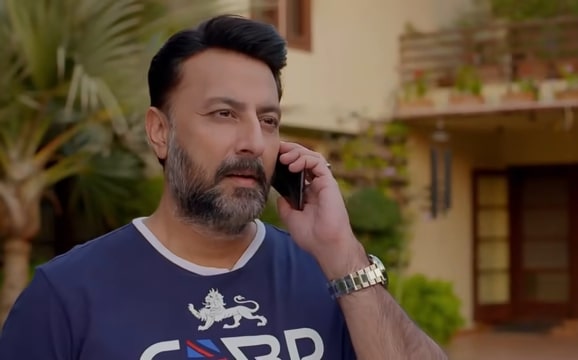 Story and Review – Episode 2 of Tarap

This episode focused on the deteriorating relationship between two couples (Adil & his wife and Laeeq & Faiqa). While Zunaira tries to publish her debut novel.

The episode 2 of HUM TV drama Tarap went on air on 05-April-2020 and it proved a captivating one owing to its interesting story. So far, we have witnessed three families whose connection will be the thing we hope to see in the coming episodes. Below, we are going to review the episode 2 of Tarap.

You can also check out complete cast and crew here

Story in a nutshell

Hania vows to follow the footsteps of her mother if she would not be permitted to attend the party. We get more suspicious as to what specifically it is what their mother did. She seems ready to confront his brother as we saw in the previous episode how often she complained the way everyone is living in this house. She wants freedom for herself and the people around her. However, it does not persuade her elder sister to speak a single word against Adil as the latter is fearful of the consequences. Hania alleges Zunaira for being so submissive and instigates her to speak. We can foresee a conflict between Adil and Hania as despite being the siblings, both lack direct contact.

Faiqa makes an apology to her husband as she was outside for the sake of their daughter but Laeeq is not willing to forgive now. He bemoans that he is not on her priority list. He expects a more romantic relationship but Faiqa prefers her daughter and domestic responsibilities. Later, his reservations aggravate when he again gets a cold treatment when Faiqa prefers to give the company to her daughter.

No one wants to challenge Adil

Zunaira seeks grandmother’s help for taking permission for Hania but grandmother is not ready to invoke Adil’s fury. It depicts how much authority does Adil has over his family members that even his grandmother fears his opposition. Adil’s wife is in the family function which was discussed in the previous episode and he refuses to attend it when she calls him in office. His tone is full of contempt. An argument ensues between the two when she complains of his behavior. While Hania is yet to get permission for going out and again protests his brother’s behavior.

The writer to be

Zunaira’s phone conversation with a friend reveals that she has written a novel but does not find the courage to publish it considering Adil’s reaction. Her friend motivates her to do so and suggests a suitable publisher. We notice that Laeeq is the same publisher whom Zunaira’s friend had suggested. She meets him in his office to discuss the publication who is impressed by the initial readings and praises her writing style. Moreover, he hints towards publishing it which pleases the novice writer.

Adil spots Zunaira outside Laeeq’s office but Laeeq is cunning enough to rescue her by contriving a lie since he had got an idea of her family’s mindset during the conversation. Here the police officer has no idea as to what his sister is up to.

Faris ditches his sister when she persuades him to choose a girl for marriage. He already has chosen his soul mate. The sister criticizes Adil’s family behavior and will certainly not want her brother to marry in such a strict family. On the other hand, Adil tasks his grandmother to seek a suitable proposal for Zunaira which bothers his sister.

Hiba Bukhari is playing the same role as an innocent and naive girl as she did in Deewangi and Ramz e Ishq. Though she plays the role perfectly, we would like to suggest that she should rather try some versatility.

Adil shows his dark side once again when he refuses to accept gifts from his in-laws. Certainly, he is not on good terms with his wife. The positive and moral image that we drew about him in the previous episode is diminishing and that of a fanatic and extremist husband is replacing it.

The character of the grandmother is the most irritating in the drama. For many, she is an unpleasant character. We seldom find such grandmothers opposing their granddaughters around us.

Zunaira and Laeeq are impressed by each other. Considering his wife’s behavior, it is clear that he will fall for Zunaira as enough preliminary plot has been set for the purpose. Acquaintances are growing between them where Laeeq possibly is seeking an alternative to his boring married life. Whereas, Zunaira is too naive to perceive the situation.

Tough time lies ahead as families of both Faris and Zunaira are looking for their proposals. Faris’s sister dislikes Adil and his family whereas Adil does not like Faris as we witnessed in the first episode. Surely a conflict is brewing in and we are impatient to witness it.

Please comment on your opinions about our review which was all about episode 2 of Hum TV drama Tarap. You can also suggest improvements so that we could write in a better way.