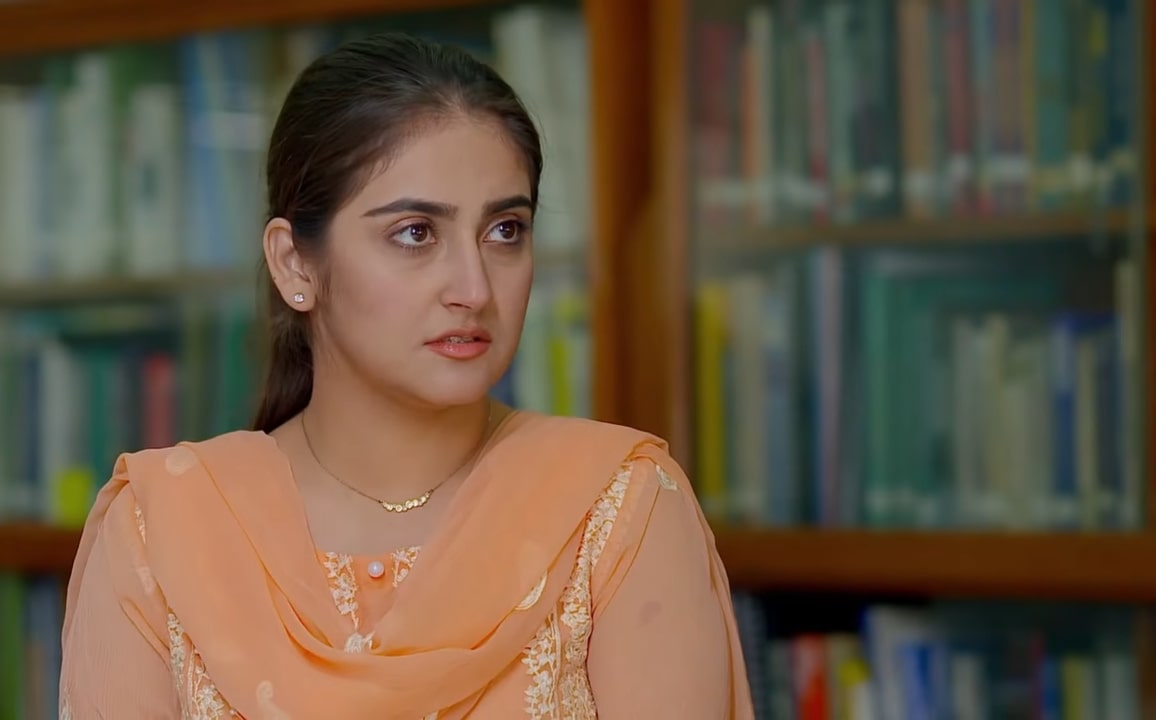 Sadia opposes her brother’s wish to marry Zunaira. Rabia meets an unfortunate end to her unpleasant relationship. Laeeq gets closer to Zunaira.

After the introductory episodes, it is the time for some real action as the tone of the drama has been set. Tarap does not let you bored as the stunning story of the drama keeps audience hooked to the screens. Here we are with the review of episodes 3&4 of Tarap.

The story in a nutshell

Faris tries to make a confession

Zunaira meets Faris to inform him about the publication of her novel. Her praise for Laeeq envies Faris. Whenever the duo meets, they both hesitate to properly express their feelings before each other. However, this time Faris tries to reveal his feelings for her before a phone call interrupts his plan. On the other side, Laeeq apprises Zunaira of recent developments about publication.

After the call, she is in a hurry to leave and Faris is left with no other option but to wait for another moment. Later, he reveals his choice before his sister and she is not convinced at all that it really can happen. She does not remember Adil in good terms. The audience is left speculating as to why she is so bitter towards him and how both families are connected.

Hania notices Zunaira’s frequent phone conversations with Laeeq and doubts what really is going on. Being a university student and more clever than her sister, she can see things from an angle that Zunaira is unable to do.

Adil and his wife exchange a heated argument one more time when she wishes to admit her son in a good private institution. However, Adil has other plans that his son will get admission in the same government school where he himself had studied. He rather instructs her to take care of her son up till then instead of avoiding her responsibility.

Be at a distance

Faris’s sister, Sadia calls the grandmother and we learn that they are old neighbors. Later, Sadia spots Faris outside the public library and understands the matter in a moment that he might have been there for Zunaira. She goes inside the library to restrict her from advancing further and intimidates her to leave Faris alone otherwise she will reveal the truth to Adil.

Hania is pleased to learn that Adil is going out of the city as she has got the much-awaited chance of going to the picnic with university friends. However, her plan is spoiled when on way to the picnic, their bus gets an accident. The incident jeopardizes everyone in the family who are now more fearful about Adil than the accident itself. The grandmother instead of reacting rationally intimidates and fears Adil’s reaction. In a hurry, they send Faris to bring Hania back.

Adil returns home early as his meeting is canceled. He senses something wrong in the house but his wife and Zunaira try to cover up things. Their efforts prove futile when Hania returns with Faris whose sight infuriates Adil. His wife, Rabia tries to defend them both but Adil mistakenly blames her for the situation. This time, she too responds furiously and Adil divorces her after things heat up. Hania’s mistake has resulted in a huge loss for the whole family. Adil shows his wife no mercy and pushes her out of the house snatching her child.

As usual, the grandmother is angry over Zunaira for letting Hania out for the picnic. Here, we get a revelation that both sisters were shifted to this house after their mother’s death.

Zunaira’s request to Adil to reconsider his insane decision gets a harsh reply that there is no place for Rabia in this house. Moreover, there is no such possibility as he has sent her divorce papers. Rabia is shattered to find divorce papers and entrusts Zunaira with Fahad’s responsibility so that he should not become like his father.

Opposition – The conventional element in love

On the other hand, Faris, at last, gets an interview call. Sadia stops Faris talking with Zunaira in the market when she was telling him about Rabia’s divorce. Sadia does not want to lose her brother like she did lose her parents and two brothers in the past. Later, she again comes to repeat her warning to Zunaira. She makes it clear to her brother also that she will not allow this relationship.

Faris meets Zunaira next day to apologize for her sister’s behavior and to confess his feelings. However, his wish remains unfulfilled once again when the sight of Adil in the same cafe rattles Zunaira and she leaves in a hurry. Faris continues to persuade her stubborn sister who sees the class difference as the main obstacle. She perhaps is divorced and some grim memories of the past have made her too cautious.

Laeeq is heartbroken yet again after Faiqa dismisses his wish for a long drive. Adil notices Laeeq’s incoming call on Zunaira’s phone and enquires about the caller. She rescues herself contriving a lie. The next day, she meets Laeeq who now has a broader idea about her family’s congested ambiance. He is becoming more and more impatient about her and offers his companionship to discuss any such matters. He seems in love with Zunaira’s personality when he reads the published copy of her novel.

Rabia comes to meet her ill son and Adil does not like it as he roars at Zunaira to end all contacts with her. Then there is the entry of a new character, Ghazala Butt as Rabia’s mother. Rabia feels herself helpless as she cannot imagine a life without her son. Both mother and daughter think of legal proceedings to get Fahad back.

The third and fourth episodes were tense and emotional. We had a feeling for Adil’s wife as she had to become a scapegoat. Once again, Adil is not able to keep a balance in his domestic life. His inflexibility and contempt of his wife have resulted in the breakage of a sacred relationship. He only thinks of his pride and is forgetful that how badly this action will affect his son.

The production of the drama has been outstanding so far. Unlike the norm of today’s dramas of playing background music and OST, again and again, we hear it only on suitable occasions. The acting performances of Syed Jibran, Syed Arez, Lubna Aslam, and Faiza Gillani were right on top. The dialogues of Adil are strong-worded whenever he dictates his family. Likewise, Hania’s contention is portrayed effectively.

It is interesting to see that Zunaira fears Adil but still is pursuing her dreams. Her brother’s stringent measures have not stopped her meeting with Faris. Likewise, she secretly and effectively is on her way to becoming a writer.

Rabia after getting a harsh treatment is now ready to confront her ex-husband and will not sit idle. The character of Ghazala Butt will be interesting in the coming episodes that how they both compete with Adil in the courtroom.

That was all about episodes 3&4 of Tarap review. We will meet again you once the next two episodes are out. Now it is your turn to tell us whether you are enjoying this drama or not? Which character in the whole cast inspires you? Also, leave your suggestions for us to improve.

Check out complete cast and crew of Tarap