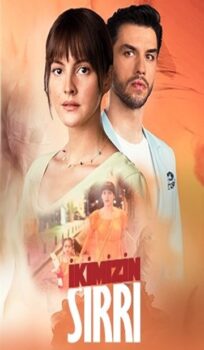 Below is the episode-wise story of the drama ‘İkimizin Sırrı’ in English. First, let’s look at the characters played by the cast:

Neva shares a beautiful bond with her little cute daughter, Hayal but they are chased by an influential group from whom her deceased husband, Sedat stole money. Neva saves her life and moves to another place with her friend, Yağmur. She finds a job as a chef in a restaurant owned by Alp. She encounters a minor accident with Alp’s car but ends up being followed by the gang. Alp misinterprets the situation and considers her a fraud. Alp lives with his father, stepmother Türkan, and a brother Emir. He is shocked to see Neva at his restaurant at an event where his mother, Seilan shows up as well who needs a liver transplant for survival. Neva clears her misunderstanding with Alp and laters discovers herself with a brain tumor. She is shattered at her problems and Alp decides to become his mother’s donor.

Neva, unable to digest the news of her health is bombarded with the call about her daughter’s kidnapping done by the head of the gang, Korhan. Alp shares about his mother’s surgery with his childhood friend and co-worker, Burke. Both of them go under medical tests and are found ineligible as donors. Korhan takes Hayal to his mother and she cares well for her. Alp is worried about his mother’s surgery and decides to pay anyone for performing the task. Korhan forces Neva to carry out a mission for him and free her daughter. Things go wild and the police follow Neva. She drops the car at the restaurant and hears Alp discussing his mother. She decides to be a donor. Alp agrees to take her assistance and discovers that Neva is doing it for her daughter. The next day, he sees Neva in trouble with Korhan begging for her daughter’s safety and goes to help her.

Neva asks Alp to stay away from her but he finds her suspicious and doesn’t give her advance. The doctor states that a person with chronic illness cannot be a donor. Neva doesn’t reveal about her health and is accepted for transplant. Alp gives her the advance and she goes to get her daughter. Alp follows her and witnesses the false games of Korhan. He rescues Neva and Hayal and is shot. He decides to handle the matter himself involving Burke. Korhan attacks Yağmur in rage at the trap set for him. Neva gives him the money but he wants to extract more assuming Alp to be her rich lover. Burke explains the ethical rules of organ transplant to Alp and he is worried as Neva not being related to him will cause trouble. Korhan visits Alp’s restaurant where he is warned to stay away from Neva. Neva enters and shouts at him. Korhan is delighted to find Kasım witnessing the whole scene.

Burke manages the situation of Korhan and secrets remain hidden. Alp visits the company and is shocked to find Ece, his former lover. The clients of Emir turn out to be scammers and Kasım involves Alp in the matter. Emir is hurt and Ece consoles him. Kasım prefers Alp’s suggestions and Türkan explains to Kasım about his injustice towards Emir that will drive him away one day. Neva meets Seylan and they bond instantly. Seylan tries to end her life but is saved by Neva and Alp. Neva convinces her not to give up. Seylan spends quality time with Hayal as well and feels pleased. Alp decides to marry Neva to comply with the ethics of the transplant. Neva agrees but they promise to divorce immediately after the operation and keep it a secret but these elements cannot be followed as evidence will be required. Ece is assigned to work with Alp on a new collaboration and Neva is upset to see them close.

Ece goes back to her place and gets an anxiety attack on hearing the cries of a baby. The staff at the restaurant, specifically Gonca, backbite about Neva and Alp always being together. Ferhat seems upset too when Neva is allotted a room in the restaurant alongside Alp’s residence. To protect Neva, Alp scolds her in front of everyone upon bringing Hayal to the kitchen. Seylan reads the ethics of transplant and rushes to stop her son from being married but the ceremony has already taken place. Neva faints and is taken to the hospital where she requests the doctor to hide the truth about her tumor. Korhan digs up the history of Seylan and Alp to take revenge on Alp for putting him on a raid with tax officers and also holds a business meeting with Emir. Head chef, Kasım leaves Neva in charge of the kitchen as he has to go out of the city. Neva is enraged at Ferhat for his investigations and lashes into her room where Hayal is holding her marriage certificate with Alp.

Neva is able to hide her marriage certificate from others as Alp keeps it in his locker. The kitchen staff misbehaves and disobeys Neva. Gonca manipulates Ferhat against Neva and Alp leading him to talk rudely to Mrs. Sultan and leaving the house. Seylan shouts at Neva for putting Alp in a dangerous situation but Alp lies to her about Neva dealing with her ex-husband. Alp feels restless to see Neva and Ferhat together. Emir is upset to find Alp finalizing his deal with Americans and proceeds with Korhan’s offer. Neva is appointed as a chef at the main dinner at Alp’s house. A man poses as a driver and takes Seylan to the party. Kasım praises Neva for her cooking skills and also gives her advice regarding his last meeting with her. As Seylan arrives, the media shoots questions and Alp announces her as his mother. Türkan is enraged and reveals to Alp about Seylan abandoning him in exchange for money.

Seylan tries to give an explanation but Alp is too hurt to understand anything. Ece approaches to pacify him but Alp leaves with Neva who consoles him. Yağmur and Burke spend some quality time together. The clients present at the party arrange a meeting regarding the recent incident and Alp convinces them to continue the deal. Emir and Korhan plan their first shipping. Korhan visits the restaurant where Alp gets into a fight with him to save Neva. Ece asks Neva to stay away from Alp who later clarifies to Neva having no relationship with Ece. Hayal spends some time with Alp to cheer him up. Ece extracts details about Korhan and finds Emir with him. She joins hands with Türkan to support Emir secretly to take revenge on Alp for leaving her. Upon Neva’s insistence, Alp talks to Seylan who reveals the truth about Kasım forcefully taking Alp, throwing money at her face, and banishing her from the city. Neva talks to Sultan about her trouble with Ferhat but she scolds her. Police arrest Alp for a fight with Korhan. Ece is hurt to see Alp and Neva close at the station.

Ece is enraged to see Neva and Alp together. Alp sends Neva home and Seylan scolds her for putting Alp in danger. Emir goes to meet Korhan who lures him as he too wants to avenge his brother for being Kasım’s favorite. Ece talks to Gonca and takes Ms. Sultan’s address. Sultan tells Ece about Neva marrying her son for money and being of loose character. Ece reaches the office and sees her cousin Duru with whom she has shared all about Alp and her life. She finds out about Alp’s marriage and shouts at Alp for snatching her child and making her infertile. As per Ethics Council’s rules, Alp and Neva must know stuff about each other that regular couples are aware of. They share pleasant moments and plan Hayal’s birthday. Alp, the next day, learns about Korhan’s drug shipment via his spy and is shocked to see Emir working with him. Ece informs Neva’s fake truth to Türkan who transfers information to Kasım. Hayal celebrates her birthday with Alp, Neva, and her close ones when Kasım arrives in fury and disgraces Neva. Alp shouts and announces Neva as his wife, shocking everyone.

Hayal gets upset hearing about marriage and Kasım insults Neva. Hayal leaves with Yağmur who shares an emotional moment with Neva. Alp argues with Ferhat who tries to meddle in the affairs. Kasım offers money to Neva in return for divorcing him. Neva is happy to find that Alp has sorted out issues regarding Hayal’s school admission. She calmly talks to him and patches up. Kasım and Türkan blame Seylan for supporting Alp’s marriage. Yağmur is hurt as Burke doesn’t want to be involved in a relationship and thinks she is being used. Alp raids at Korhan’s shipment who is beaten and warned by his boss. Kasım invites Neva and Alp to dinner where he behaves rudely. Alp drops his last name and Kasım falls unconscious. Emir is happy to see Alp driving away from the Karahun family. Korhan plans Alp’s murder and gets him shot as he shares a romantic moment with Neva.

Neva is blamed by everyone for Alp’s condition. Sultan takes away Hayal until Neva’s return. Alp goes through surgery and Neva stays with him. She expresses her feelings in hidden words which he hears. Ece realizes their love and leaves for good. Seylan states the whole truth about Alp’s marriage to Kasım who offers money to Neva for divorcing Alp and also decides to donate his liver to Seylan. Emir finds out about Korhan’s illegal business, sets a trap for him and is saved by Alp. The brothers reconcile and Türkan too has a change of heart. Neva on her way faints and Yağmur finds out about her illness. Alp attends to Neva and expresses his love. Sultan too gets softened at Neva’s condition. The last scene shows Hayal playing with Alp and Neva expecting their child. Seylan and Sultan meet peacefully with Karahuns and Neva. Emir too enters the frame with his girlfriend with another couple, Burke and Yağmur. The drama ends with a happy picture of the whole family.