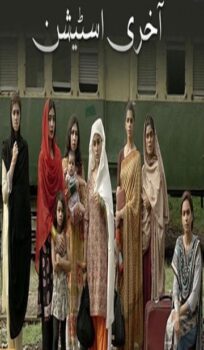 The drama ‘Aakhri Station’ consists of individual stories of seven different women who left their homes in pressing circumstances and to live a life for themselves. They meet up on a train which is heading towards Karachi; the last railway station in south Pakistan.

Yasmin a poverty-stricken girl finds life difficult when her husband forces her to prostitution after losing all their assets in gambling. Fearing her daughter’s such future, she sneaks away with her into the streets. She is going to Karachi to her friend to start a new life.

Gul Meena’s family abandons their hometown in northern areas due to terrorism. On the way, she gives birth to a son but loses her husband due to a heart attack. Her mother in law blames her for the son’s death and gets rid of her by marrying her with an elderly man. Her son is taken away from her after marriage. Unable to bear more cruelties of her new husband, she escapes the house and heads to Karachi to find and reunite with her son.

Farzana, a teacher faces envy of her own husband when she impresses his circle with her adorable skills. He competes with her and regards her inferior. He often humiliates her in front of his family and friends. Though, she defends him and behaves nicely. Tensions rise to the point of no return when he beats her after doubting an affair in the school. She leaves home and is going to her friend’s sister in Karachi.

Rafia is shocked to discover her husband’s addiction habits. He now skips his work and starts selling household items one by one. The revelation that both are suffering from HIV adds more misery to her agony. She gets the blame for all this. She makes multiple attempts to remedy the situation before finding her husband dead. Her in-laws and her sister abandon her and she is going to Karachi leaving her daughter behind at the mercy of her sister.

Shabana’s husband loses his job after an alleged fraud. He finds no other job in the village due to his bad reputation. Financial problems now trouble the whole family. Since her husband is not willing for a minor job, she decides to earn for the family and does meager jobs. After a miscarriage, her brother offers her to come to Karachi to earn a better living.

The last story is of an acid throwing victim; Shumaila who got married to a man who always suspects her character due to her sheer beauty. He often beats and humiliates her and terms her as his own property. Perverted by his own malicious thoughts, he one day throws acid over her face. Her mother in law stood by her in this difficult time and sent her to Karachi for better treatment.

Tehmina’s mother took her own life by jumping from a roof. She saw the whole scene which still troubles her. She goes through mental trauma and finds life even more difficult after her marriage. She acts weirdly and fears the same ill fate for her son. At last, she gets out of depression when her husband helps her out. Then she resolves to write a book to note down her sufferings but then embarks on a journey to find more such stories. She comes across these and countless other women and records their stories in her book. In the end, she finds all these women who chose the path of courage, achieving their aims and living their lives happily. 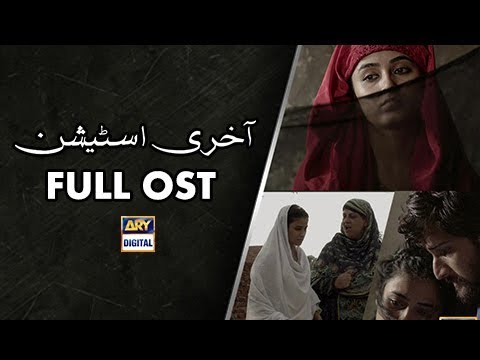