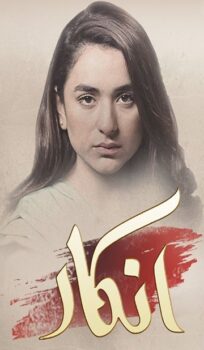 Inkaar is the story of a brave and courageous girl; Hajra who becomes a victim of sexual assault and harassment by her university mate; Rehan, who pretends to love her. Before the incident, she was a confident and lively girl. She is shattered now and leads a gloomy life. It is only the love that brings her back to life.

The previous story reveals that Rehan and Shayan are best friends. Rehan belonging to the elite and political circle is more authoritative and always manipulates his friend Shayan who is a timid and shy guy. Shayan falls in love with Hajra and tells Rehan about her who is then unable to suppress his evil instincts after seeing the brilliant girl and purposefully replaces Shayan as Hajra’s lover. With bad intentions, he invites Hajra to Shayan’s house so that he could propagate about her bad character to his naïve friend. There, he tries to assault Hajra. She manages somehow to escape unaware of Shayan’s presence.

The incident brings dire consequences to her life and she leaves her studies and starts teaching in a local school. Shayan too gets a position in a similar school. He sends a marriage proposal for her which she refuses. Like Rehan, unable to accept the refusal, he vies to win her heart. Once successful, he plans to live a blessed life with his fiancé. However, this situation does not please Rehan who again enters Hajra’s life to add more misery to her life. But this time she will not bow down and will not let him ruin her life once more.

Rehan stabs Hajra furiously in revenge on the eve of her marriage and she hurts badly. Due to his political affinities, Rehan manages to vindicate himself from the case. After this humiliation, Hajra once again stands and this time utilizes social media in her favor. Due to social pressure and the availability of necessary proofs, she somehow manages to get justice. Rehan confesses his crimes getting the audience’s sympathy and is forgiven by Hajra in the end.

The drama also portrays a father standing by his daughter in her difficult times. His support is the catalyst that enables her daughter to stand against a corrupt elite and fight for justice in a patriarchal society. The drama characterizes courage, justice, sexual violence, harassment and above all the power of love. 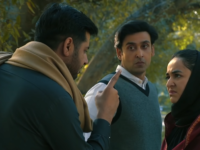 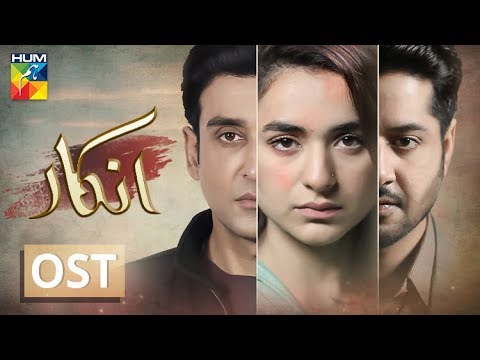