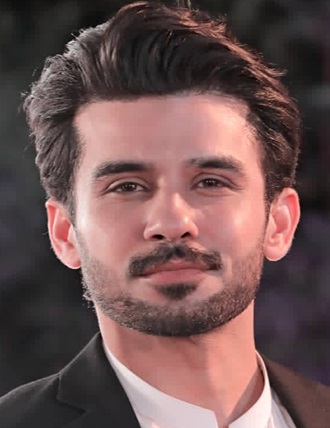 Fahad Sheikh is a Pakistani TV actor known for dramas Mubarak Ho Beti Hui Hai, Bandish, Jalan, and Dunk. He belongs to Lahore where he completed his schooling at Beachonhouse School Lahore.

Fahad always wanted to be a cricketer. After completing ACCA from London College of Accountancy (London), he started his TV career as a host at ’11number’ (Style 360 TV program) in 2010. After appearing in some dramas, Fahad moved to Karachi in 2016 to pursue a permanent acting career. Fahad got nationwide fame with his role of Ahmer in the drama Jalan.