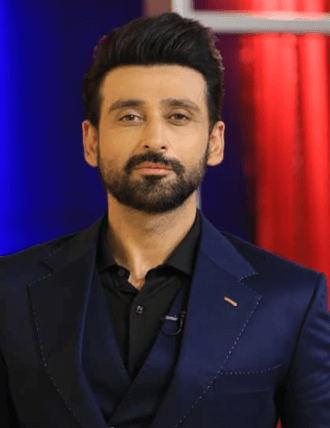 Sami Khan is a Pakistani actor known for his dramas Saraab, Ishq Zahe Naseeb, Inkaar, Dhaani, and Sabz Pari Laal Kabootar. His real name is Mansoor Alam Khan Niazi but most people only know him by the nickname he chose for showbiz.

Sami was born in the historical city Lahore on  16th July 1980. He got serious about his passion for acting in 2004 and made his debut in the telefilm Salakhain. Meanwhile, Dil Se Dil Tak happens to be his debut drama. His brother Taifoor Khan is also a well-known actor.

He married Shanzay Khan in 2009 and was blessed with a cute daughter named Mahnoor. Sami Khan’s terrific acting skills won him the Tamgha-e-Imtiaz as well as the PTV Award. He is active on Instagram, Facebook, and Twitter.