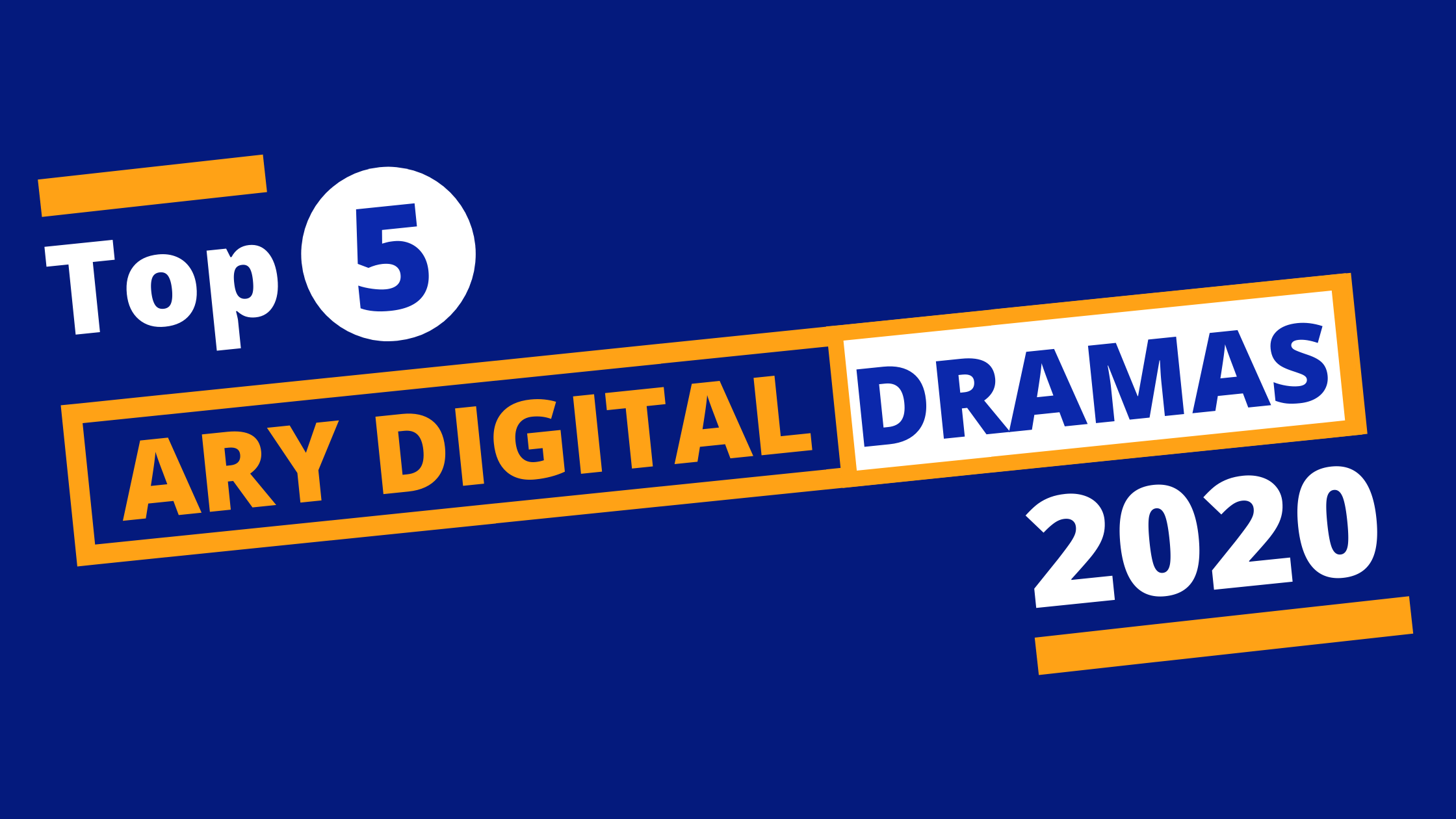 Besides entertainment, dramas are also a source of awareness for people and have become instrumental in shaping public opinion in recent times. Taking lead in the Pakistani dramas industry, ARY Digital is providing the viewers with a variety of content. Alongside addressing social taboos and vices, it has addressed the malice of human nature and how it can affect society in general.

Here we have sorted out the top 5 dramas which became hits on ARY Digital in 2020. This is not another random list but dramas have been selected after much deliberation. Our criteria for selecting these top 5 dramas include:

Ishqiya is the first major hit of the year with Feroze Khan, Gohar Rasheed, Hania Aamir, and Ramsha Khan in lead roles. The first episode of the drama went on TV on 03-Feb-2020. The major themes of the drama include romance and revenge.

The plot revolves around the revenge of an obsessive lover, Hamza, betrayed by his college sweetheart Hamna as she married the guy her father chose. Hamza, with revengeful desires in his heart, ties knot with her bubbly sister Rumi. But the power of Rumi’s love overshadows Hamza’s thirst for revenge as he too reciprocates her feelings.

Finally, the truth is revealed. Rumi, unable to forgive Hamza takes divorce leaving him alone in guilt and pain while Hamna, partially at fault herself is finally free from the continuous threats and lives a peaceful life with her husband. The sisters make peace and ecstatically wait for the arrival of Hamna’s baby as a new beginning to life.

Featuring Minal Khan, Emmad Irfani, and Hajra Yamin, the drama went to TV on 17-Jun-2020. The drama received a mixed audience response before it was banned by PEMRA for its contentious content. However, it already has gathered enough fame to make it into our list.
See full details of the drama

The story is about two adorable sisters with opposite personalities. A rich guy, Asfandyar falls in love and marries the elder sister Misha, the kind-hearted one. The younger sister, Nisha, seduces her sister’s husband out of jealousy and greed. Nisha’s cousin and former lover is unable to forget her betrayal and is trying to cope up with his life but in vain.

On the other hand, the affair is exposed. Misha wants her husband back but her sister, habitual of preoccupying everything she owns, would go to any extent and marry Asfandyar. Will Nisha succeed in her plan or Asfandyar return to her devoted wife?

The first major project of 2020 by ARY came on 01-Feb-2020. Ahmad Ali Butt and the real-life couple of Iqra Aziz and Yasir Hussain play the main roles. While Asma Abbas, Maryam Nafees, Tauqeer Nasir, and Paras Masroor are cast in support roles.
See full details of the drama

The story is about Nirma, a cunning girl who always lies to get what she wants but is never caught. She traps all the property of her husband and frames him for violence. Another rich guy, Ali, enters her life and she ties the knot out of greed.

The tables are turned and Ali cheats Nirma leaving her empty-handed. The doors of her siblings are shut as they claim her a liar though she speaks the truth this time. But once a liar, always a liar. Nirma’s fate leads her to an asylum where she screams to not have lied as her inner voice keeps lamenting her for all her wrong deeds.

Amid all those tense dramas around, Prem Gali is proving a light-hearted romantic comedy. The major cast of the drama includes Sohai Ali Abro, Farhan Saeed, and  Saba Hamid.
See full details of the drama

Talaaqmanzil is entitled as the house of three divorced women. One of them has a daughter named Joya but nobody would marry her as people consider her family women to be bad wives. Three widowers along with a bachelor son, Hamza live in a similar area but are deemed inauspicious as their wives died. A comedy romance blooms between two youngsters despite being insulted by the society off and on.

The drama depicts how this world doesn’t let others live in peace and keep maligning their respect without knowing the background of their lives. The drama challenges the stereotypical thoughts about marriage.

This drama is an eye-opener for women living in a world of fantasy. It casts Ramsha Khan and Wahaj Ali in lead roles while Samina Ahmed, Saife Hasan, Saba Hamid, and Saba Faisal play supportive roles.

Samia, the eldest daughter of the family is cheated on by her husband, Rizwan, and faces troubles with her in-laws. Her mother in law keeps pointing at her character and advises her to respect her husband although she mistreats her better half.

The social issues of our society are highlighted humorously. The obstacles for a woman before and after marriage are described. But this is just the beginning for Samia as dozens of turmoil are waiting to welcome her. Samia, lost in the kingdom of love and marriage will face harsh truths of the world.

Besides the above five dramas, Mera Dil Mera Dushman and Nand also received a huge success but a higher number of episodes of these dramas is a hindrance to placing them in our top 5 list.

All of the above dramas have different plots and messages. The aim of these shows is not only entertainment but help people open their eyes. It is a realization for people that they live in a world filled with relational politics and where being kind is deemed as a weakness.

Please share your thoughts with us as to what are your favorite picks out of the above.