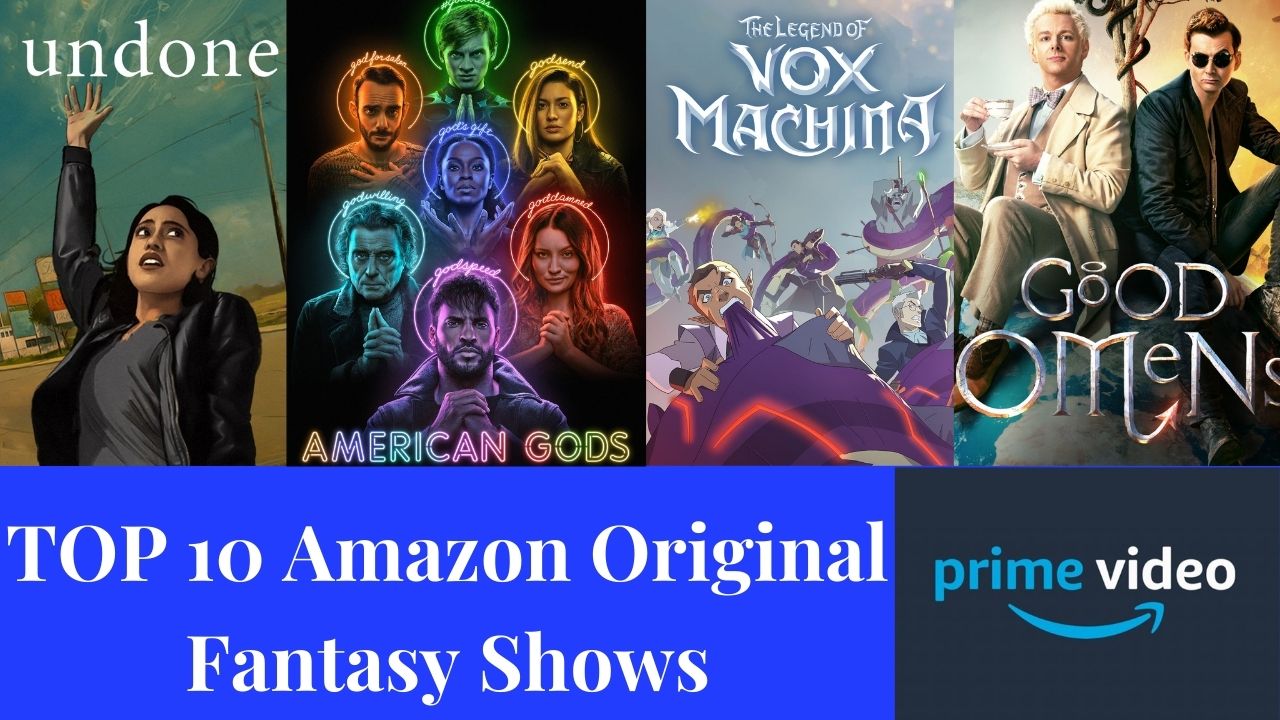 For a long period of time, the fantasy and science fiction genre has attracted the public’s interest. Day by day, various creative minds are coming up with artistic and awe-striking stories opening doors for the production of endless sci-fi shows. And that’s nothing more than music to ears for sci-fi lovers.

On Amazon Prime Video, there are a ton of mind-bending fantasy and sci-fi shows from all eras. It was difficult to fit them all into this list, but we managed to pick ten of the most spectacular, mind-blowing, and uproarious shows that you will never regret watching. So, sit tight on your sofa to soak up the glory of some great fantasy and science fiction shows.

The plot of the show is set 200 years in the future when things are different because humans have populated the Solar System. Mars has become a powerful armed planet that has created a stir between Earth, Mars, and the Asteroid belt. Amidst this chaos, a macho detective Josephus Miller played by Thomas Jane, and an immoral ship’s officer James Holden played by Steven Strait, come together to investigate the case of a missing young woman. During the investigation, the duo unwittingly discovers an astounding conspiracy in human history.

2.  The Legend of Vox Machina

Broadcasted in January 2022, The Legend of Vox Machina is an animated fantasy television series with one season comprising twelve episodes.

The plot of the series is set in Exandria which is a fictional world portrayed in Dungeons & Dragons web series called Critical Role. A group of eight disheveled adventurers played by Laura Bailey, Taliesin Jaffe, Ashley Johnson, Matthew Mercer, Liam O’Brien, Marisha Ray, Sam Riegel, and Travis Willingham set on a mission under Sovereign Uriel’s command to save the monarchy of Exandria from the sorcery of an evil culprit.

Released in September 2019, Undone is Amazon’s first adult animated psychological comedy-drama series and the first to use rotoscoping. It has one season comprising eight episodes and the second season is set to premiere in April 2022.

The plot of the series stars a 28-year-old lady, Alma played by Rosa Salazar, who survives a fatal car crash only to discover that she has gained the power to manipulate time. She uses this newfound strength to investigate the truth behind her father’s death but instead learns about her inner psyche, in the process.

Released in May 2019, Good Omens is a fantasy comedy series with one season comprising six episodes.

The plot of the series is set in the middle of the Apocalypse where a finicky angel, Aziraphale played by Michael Sheen, and a remiss demon, Crowley played by David Tennant, team up to sabotage the arrival of end times as they have become overly accustomed to life on Earth. To prevent the end of the world, they must stop the coming of the Antichrist, a young boy who is prophesied to bring Armageddon, the final war between Hell and Heaven.

5.  The Man in The High Castle

Released in January 2015, The Man in The High Castle is a dystopian alternate history series depicting a fascinating war. It has four seasons and forty episodes in total.

The plot of the saga is set in a parallel universe where the Axis takes over control of the world after conquesting World War II. It divides the United States into three different parts, bringing the country to the cusp of disruption. To liberate the country from the Axis powers, a young woman discovers a film that contains the key to freedom.

Released in May 2020, Upload is a science fiction comedy-drama television series with a total of two seasons and seventeen episodes.

The plot of the series is set in a futuristic world of 2033 where humans can choose their afterlife by uploading their consciousness into a virtual world. The story follows a young computer engineer, Nathan Brown played by Robbie Amell, who dies an early death. His socialite girlfriend pays a high-priced fee to have his consciousness transferred to a Lake View resort which is a perfect place to spend eternity. As he adjusts to the new digital world, doubts about his cause of death arise.

Released in April 2017, American Gods is a must-watch fantasy drama series with a total of three seasons and twenty-six episodes.

The plot of the series is set in the present time where a man, Shadow Moon played by Ricky Whittle, serving his sentence in prison is released on parole. Soon after, he takes up the job of becoming a minder of a mysterious man, Mr. Wednesday played by Ian McShane. After discovering that Mr. Wednesday is the God Odin in disguise, Shadow juggles to deal with this reality and make his place in the new world.

Released in its entirety in April 2020, Tales from the Loop is a beguiling science fiction drama with one season comprising eight episodes.

The plot of the series is set in a small fictional town, Mercer that has a center for Experimental Physics called ‘the Loop’ built underneath where scientists work against the laws of the universe to explore mysteries. Due to this, chaos reigns in this town causing its residents to face bizarre events and unusual phenomena.

Released in December 2020, The Wilds is a female-centric fantasy drama series with one season comprising ten episodes.

The saga focuses on a bunch of teenage girls who are left stranded on a desert island after their plane crashes while they were on their way to Hawaii. The girls struggle to survive and get back to their lives only to discover that the plane crash was staged and that they are subjects of a complex social experiment.

Released in November 2021, The Wheel of Time is a high fantasy television series with one season comprising eight episodes.

The plot of the story is set in an epic fantasy world where a powerful group of females, Aes Sedai can channel magic. Moiraine played by Rosamund Pike, a member of the group leads five young villagers on a dangerous quest in hopes that one of them might be the reincarnation of the Dragon. The Dragon is a powerful channeller who is believed to either save the world or sabotage it.

So, these were some of our best picks for the fantasy and science fiction shows on Amazon Prime. These shows have gained massive popularity over time due to their extraordinary plots and the lifelike depiction of the characters taking the audience to the next level of scientific exploration.

The magnificent growth of the science fiction genre in terms of creativity and portrayal is clearly evident if you watch these shows in chronological order. This makes us believe that there will be even more thrilling shows in the future that we can’t wait to review! 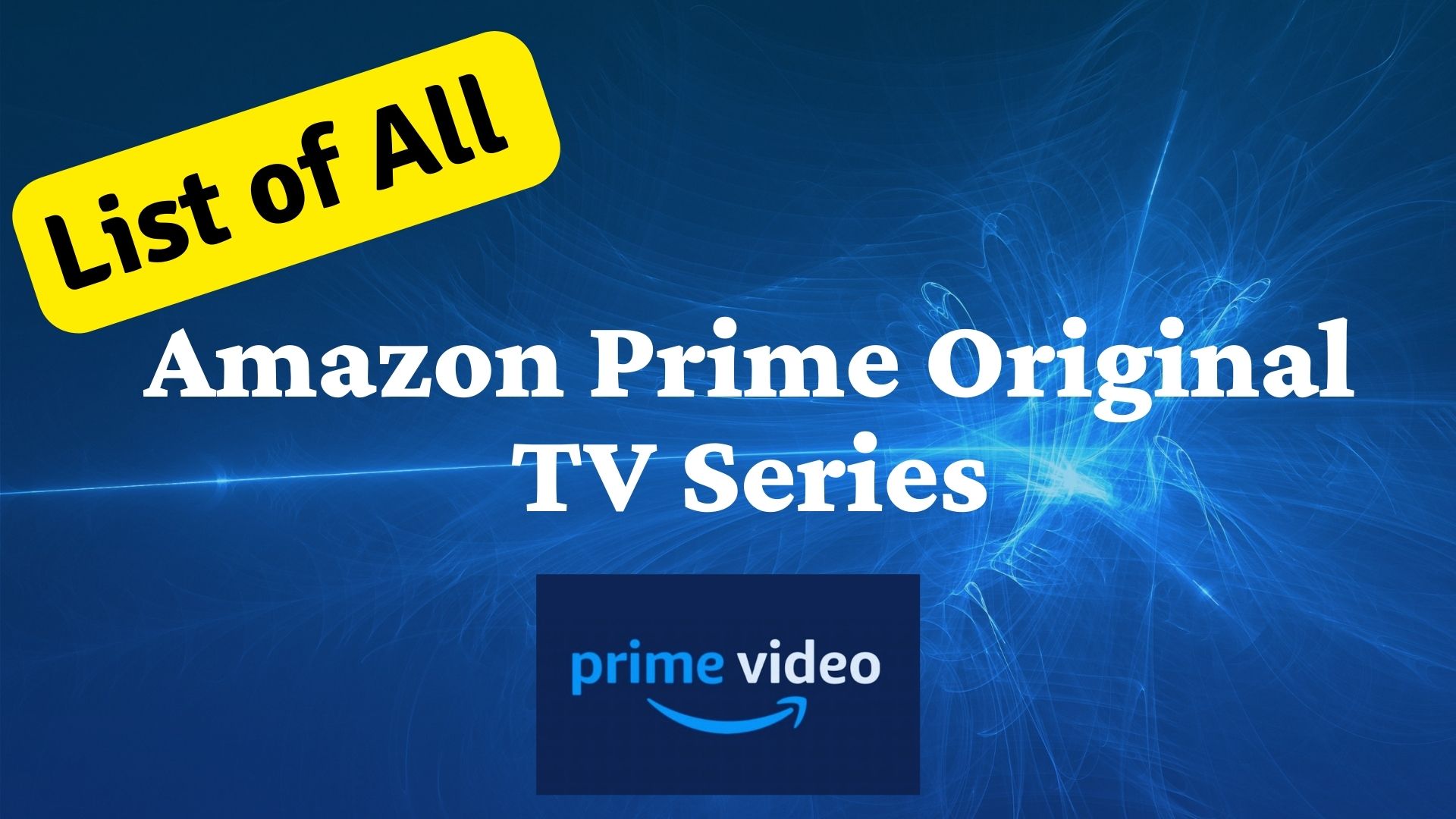