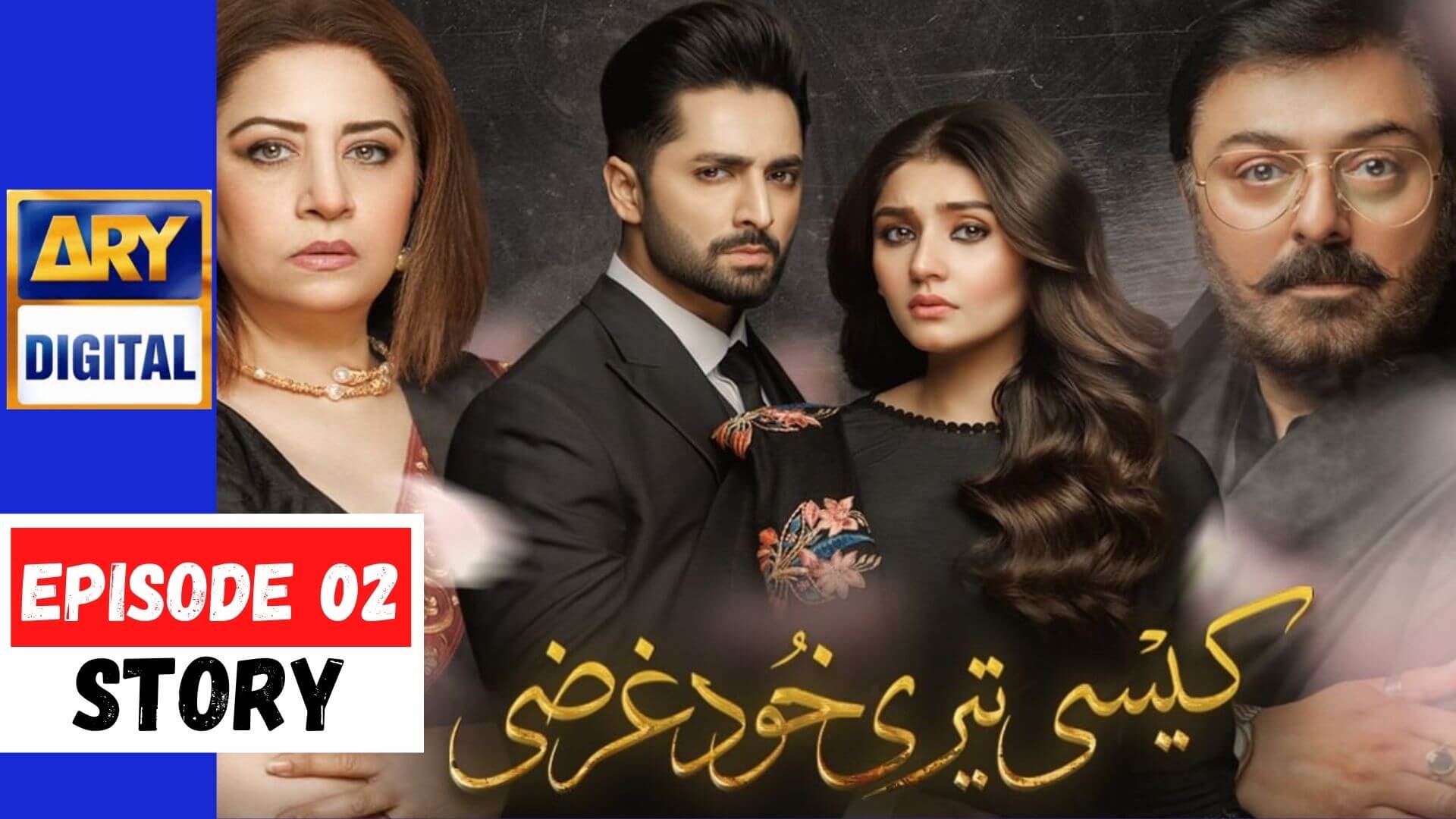 Below is the story of episode 02 of the drama ‘Kaisi Teri Khudgharzi‘ that was aired on 18 May 2022.

Shamsher arrives at Mehak’s house in full swing to ask her father, Akram (Shahood Alvi) for Mehak’s hand in marriage. Akram straightaway refuses and asks Shamsher not to tarnish their respect in the neighborhood. But Shamsher turns a deaf ear to them and threatens to pick Mehak if they don’t agree to the proposal.

Upon knowing that Shamsher made a spectacle outside Mehak’s house, Ahsan fumes with anger and suggests reporting Shamsher to the police but Akram advises against it. Andaleeb tries to accuse Mehak of having a past association with Shamsher.

Shamsher goes on with making Akram and Mehak’s life difficult. First, he sends a donation cheque to Akram’s university to buy him off. Later, he barges into the university to meet Mehak and ends up beating the boys who try to protect Mehak from him. On the other hand, Shamsher’s father, Nawabzada Dilawer (Noman Ijaz) is worried about Shamsher for not taking part in the family business like his obedient elder son, Tara (Tipu Sharif).