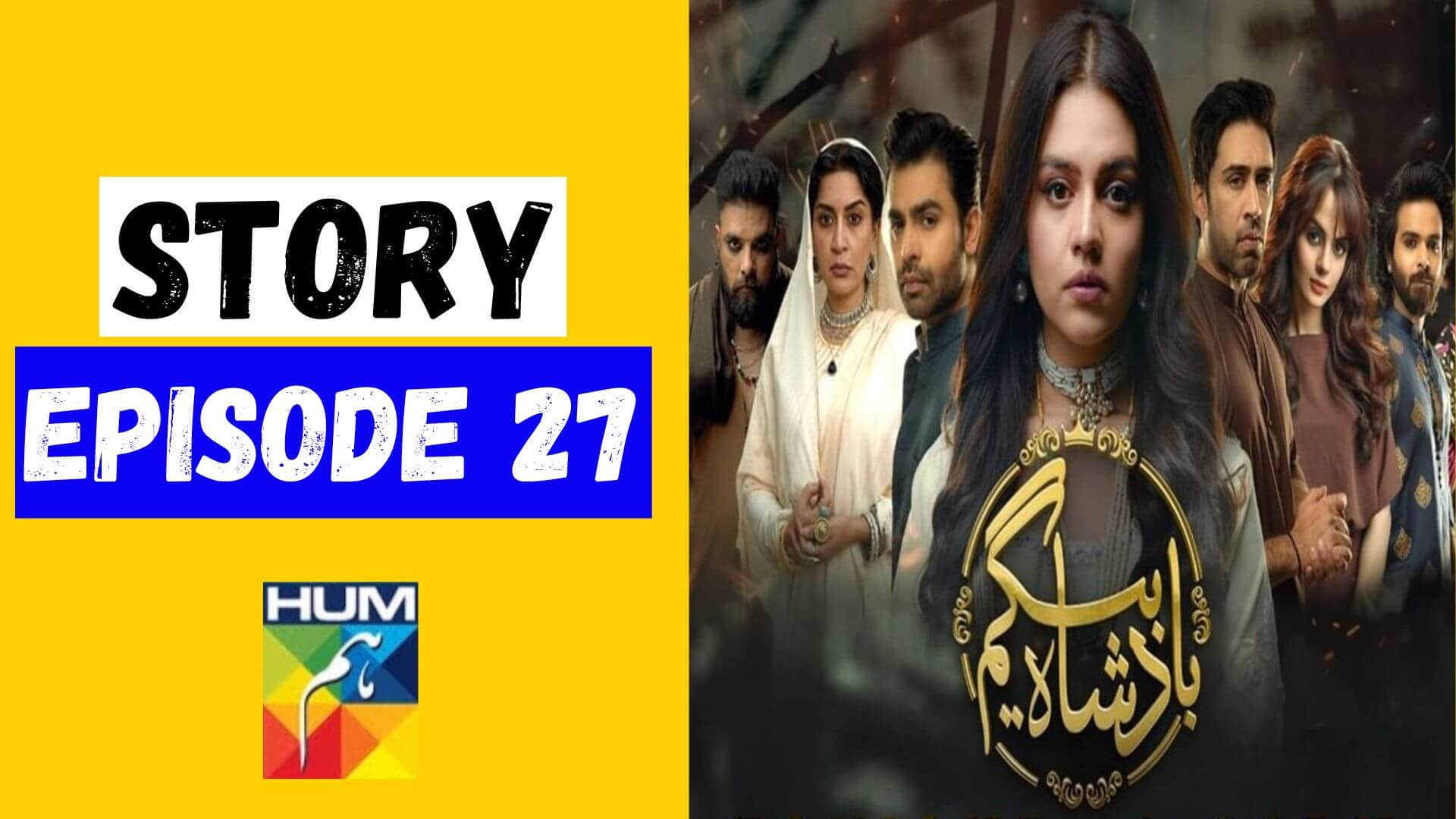 Below is the story of episode 27 of the drama ‘Badshah Begum‘ that was aired on 20 September 2022 on Hum TV.

Jahan Ara hears the news of Zulekha’s pregnancy and decides to conduct a baby shower ceremony for her and Gulnar together. Shahzaib resents Zulekha for accepting Jahan Ara’s invitation without seeking his permission. However, he relents when Zulekha motivates him to reconcile with his family so their unborn child can have relatives to grow up with.

Khalifa Nawaz secretly hires a Zulekha’s handmaiden to poison Shahmeer during the baby shower ceremony. Murad sees the lady contemplating mixing poison in Shahmeer’s drink. Ecstatic, he forces her to do it. Fortunately, Gulnar discovers the conspiracy just in time. When she rushes to stop Shahmeer from having the drink, she slips on the floor and ends up having a miscarriage.

Shah Alam suspects that Zulekha plotted the conspiracy to kill Shahmeer as the woman who tried to poison Shahmeer was her special handmaiden.