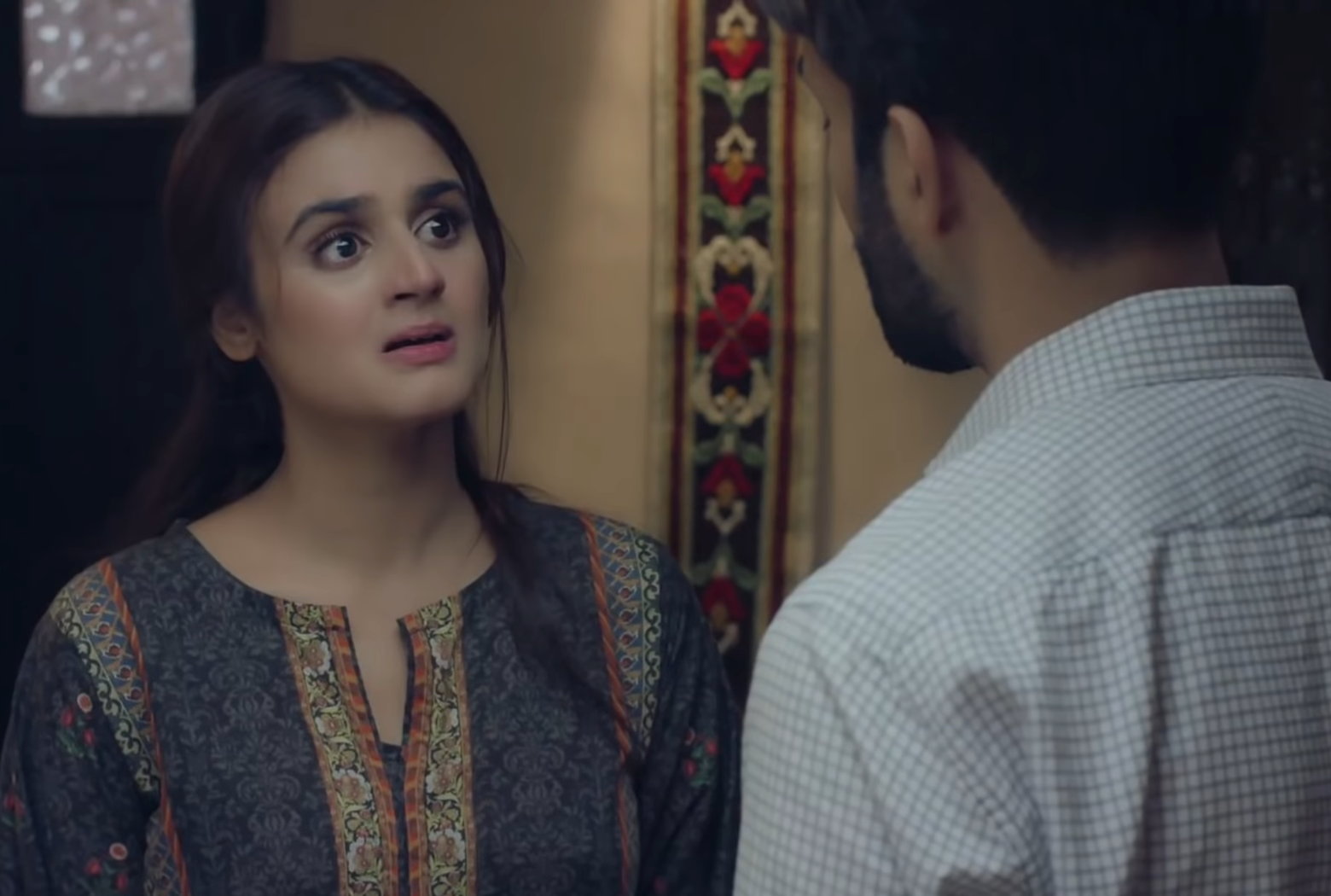 Here is the story and review of episode 4 of ARY Digital TV drama ‘Ghalati‘ which was aired on 09 Jan 2020.

Zaira complains about Zaitoon’s mistreatment towards her but he demands her to ignore these petty matters since the mother is worried due to troubling circumstances. Zaira thinks that Zaitoon is taking revenge but she is unaware that it is the matter of the same house which has brought agony. Saad wants peace at home but he thinks Ziara is complaining like typical wives.

Zaitoon fumes to learn about Zaira’s complaints as Maira’s backbites. Saad faces more derision by his boss and his colleagues mock his humiliation. He returns home in search of peace only to find about growing tensions at home.  Zaitoon terms her daughter-in-law ominous and regrets marrying Saad with her. It infuriates Saad who losing temper divorces Zaira one time and goes out. Zaira is appalled over Saad’s action. He returns and admits mistakes. Sohail tries to clear out misconceptions but Saad terms it his personal matter. Zaira is dejected now and does not let Saad in the room.

Aliya fears that this news will bring more harm to the family but Zaitoon remains indifferent. She being an elder sister takes charge of the situation due to Zaitoon’s apathy. Aliya tries to rectify the loss by consoling Zaira. Zaira no more wants to live in this house. Aliya, however, assures her of Saad’s unending love and encourages her to be patient to lead a good life. Aliya then admonishes Saad for his anger. She convinces her brother to ask for forgiveness from Zaira. Saad apologizes to Zaira who terms his attitude a sin instead of a mistake.

A nightmare alerts Nafeesa that her daughter is in hot waters. Over the phone, Zaira tries to hide the reality from her mother. Zaitoon, unable to remain silent reveals the news of divorce to her sister who then spreads it to Gurya. Samina opines that this marriage will meet its expiry soon. Gurya comes to check the news but Saad denies and chides her. He further maintains that he shares a strong bond with his wife.

After that, both husband and wife reconcile. Saad helps her out in her daily chores while Maira nonchalantly observes the situation. Zaitoon now seeing Zaira happy accuses his son of not paying any attention to her.

Saad’s nature of becoming quickly anger has brought damage at last. Already, grieved by troubles at the office, he finds no peace at home. He is trapped between his wife and mother and is not getting a clearer picture of what his mother is doing to Zaira. When Sohail tries to clear misunderstandings, he does not allow him to do so. Zaitoon is successfully chasing her path of revenge. She has started blaming Zaira for every trouble. Though she has given up all hopes of shifting to a new house still does not let slip any opportunity.

Maira is envious of Zaira for the fact that her mother-in-law wants her to be alike Zaira, beautiful and the super-rich. Gurya sees an opportunity when she learns that Saad has divorced Zaira. The circumstances predict a further deterioration in their relationship which will further enable Gurya to make her way into Saad’s life.

That concludes our review of episode 4 of ARY Digital drama ‘Ghalati‘. Please comment your opinions and suggestions.