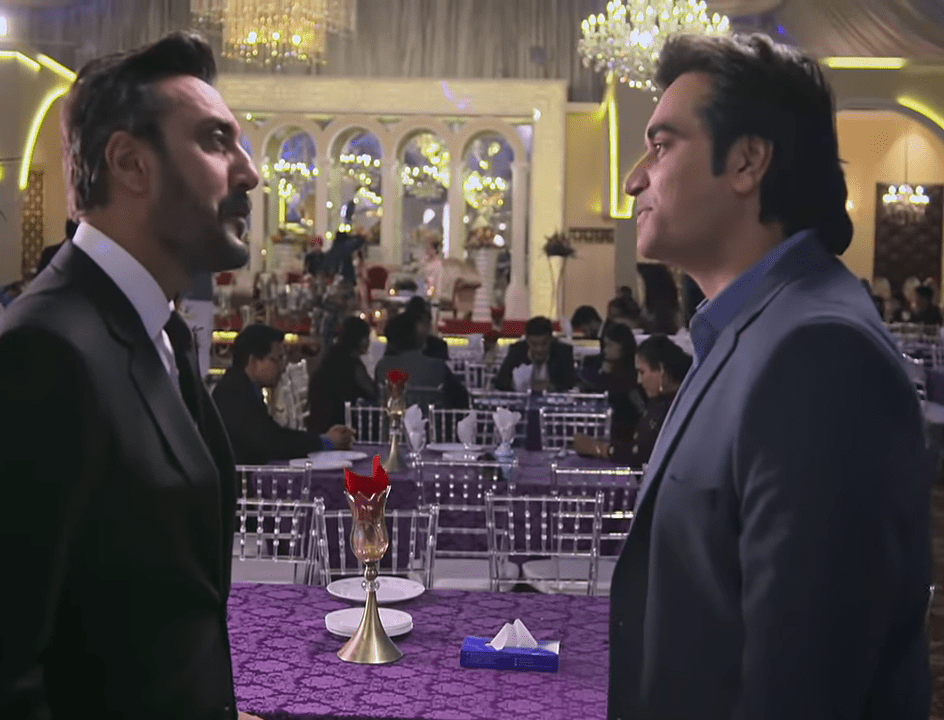 We have known much about all the characters and can guess where the plot is heading. We see tensions growing between Danish and Mehwish due to economic difficulty. How Danish will respond to Monty and what is going to develop between Shewaar and family? Let’s find answers to these questions without wasting more time and review ‘Mere Paas Tum Ho’ episode 4.

Danish engages in a scuffle with Monty over carrying his wife to market in his car. At home, he rages over his wife that how could she behave like this. She explains that she was unaware of Monty’s intentions and that she regarded him as her brother in law. However, Danish expects a more responsible behavior from his wife that she should behave with decency towards men and should be brave enough to refuse them. But she is not willing to accept her fault.

She inquires about the scar he has on his face and agitates to learn Monty’s lies. Now, Danish is unable to attend wedding today due to the wound. He resolves to allow Mehwish to go herself with Roomi. After their departure in Anoushy’s car, he is troubled by possible presence of Shewaar in the event and decides to attend marriage.

Mehwish meets Shewaar again who then apologizes her for previous night incident and has good intentions for Danish. He reveals the last night’s accident and how her husband was restless at that moment. Danish’s presence at function shocks Mehwish. Shewaar befriends Danish and does not believe him after learning about his integrity. He terms Danish a simple and innocent man and invites the couple to a dinner which Danish reluctantly accepts. Shewaar then escorts the couple to their home.

The friendship between two men pleases Mehwish and she notifies Anoushy too. At night, Mehwish recalls vociferous and extravagant wedding. She doubts Danish’s promise of going to dinner and worries again about dress selection for the occasion. The next day, after Danish’s departure for office, Shewaar calls Mehwish and adores her voice and dress selection. He is dejected to see a woman like her with Danish and complains fate about such an inequity.

At office, the boss introduces Danish to a top contractor of city who mocks Danish for his integrity but the innocent man is unable to guess his intent. Seeing him vulnerable, the man offers Danish one million cash which troubles him. The contractor tempts him by exaggerating his family needs and wants and offers him 5 lakh rupees monthly in exchange for working for him. Danish informs his wife about the offer. He determines to escape this trap and to maintain his character to prove everyone wrong. However, at the moment, he has lost his peace due to huge amount of money.

A rare glimpse of the money dazzles Mehwish and she proposes to accept the offer because by doing so that they will be able to live a comfortable life. She mentions the hardships they face everyday due to scarce resources. At last Danish surrenders himself before his misery and resolves to accept the offer.

That was all about ‘Mere Paas Tum Ho’ episode 4.

We come to know how insecure and possessive Danish is about his wife. He constantly fears losing her. Mehwish’s delight over friendship between Danish and Shewaar shows that she is content to develop relationships with a wealthy man like him. Shewaar’s ambitions are uncloaked when he openly cites the injustice done to Mehwish. Constant lucrative offers have dominated a simple man and he is now willing to jeopardize his happy life.

Danish’s discourse with his wife about how he expects her to be is a scene which clarifies Danish’s view of seeing the world. Then, Shewaar’s chat with Mehwish over phone call explains his intentions about her. And lastly, how Danish resigns before daily life sufferings is worth seeing.