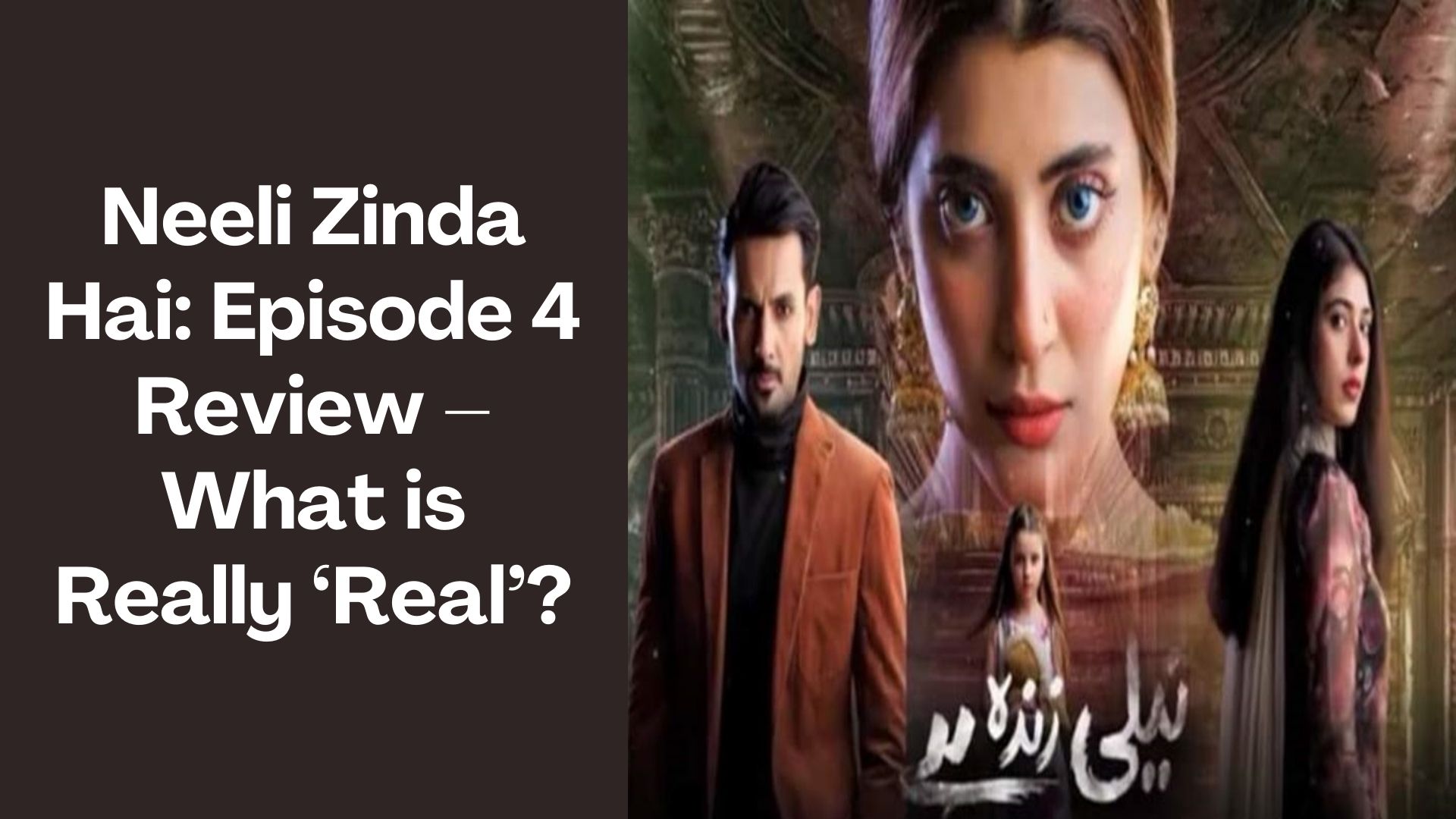 So here goes; this week’s episode paved the way for the plot to unfold and start making sense. Considering how the last episode ended with some loose knots, this week’s episode makes more sense in real-time. This episode was the beginning of many firsts and astonishingly, it advanced rather quickly. This episode will be a favorite for eager viewers as they question the reality of the ongoing series.

Aman tells Sumbal that he found her fainted on the floor and Minal was crying beside her, so he took and settled her in bed. Aman and Sumbal discuss Sumbal’s dream to be meaningless while Neeli pats a sleeping Minal. A woman named Nagina shows up at Sumbal’s doorstep seeking work and Sumbal keeps her as their maid. Nagina tells Sumbal that her husband divorced her after she had a miscarriage, and she desperately needs a place to stay, so Sumbal sympathizes and keeps her.

Later on, Aman finds out and tells Sumbal to ask for Nagina’s ID card for security reasons when Nagina eavesdrops outside their bedroom. Nagina talks to a man, a ghostbuster, who wants to trap Neeli, i.e. why he sent Nagina to Sumbal’s house. Later on, Nagina gets slapped by Minal who lies when Sumbal confronts her. Also, Sumbal yells at Nagina weirdly, and she turns out to be Neeli disguised as Sumbal.

Quite bluntly, I’m just going ahead and saying, “Thank God, it was a dream”. This week’s episode began by explaining the cliffhangers of last week only to end with yet another bang.

Kudos to the director

I don’t really know whether to justify this as one of the needs of the genre or the directors’ talent but cliffhangers and thrilling endings can definitely be Qasim Ali Mureed’s signature style. I’m going to go ahead and make a big comparison here but if anyone is familiar with James Wan’s work, (the director from Conjuring), knows how signature styles can take a production, a long way in this field.

Looking at Mureed’s method of execution in the past few episodes and this one has made me think that cliffhangers and suspenseful beginnings and endings are more of his thing. His episode graph builds up from an already established peak from his previous episode which always gives a good feeling to the viewer. You see how the last episode ended in a chaotic situation where I literally assumed that a parallel universe existed or something. But, in fact, it turned out to be a dream.

Even as an experienced horror viewer, I didn’t take the correct guess, and I’m so happy about that. It really is a good feeling when productions like these have the power to excite viewers even to date.

As far as the storyline goes, the plot has started to thicken as Neeli reveals herself to Minal. Not only does she reveal herself to Minal, but she’s also started making interaction with her, kind of like a poltergeist rather than a simple spirit. Neeli has become engrossed in Minal, as she pats Minal’s back while she’s sleeping or she slaps Sumbal and then Nagina, on two different occasions for yelling at Minal. There seems to be some kind of connection forming between the two characters over time. Whatever this connection is based on, and how it’ll turn out, is a question for another time.

A new character named Nagina was introduced in this episode. Since Nagina has been sent by a creepy man asking questions about the spirit living in that house, we can assume he knows about Neeli and is trying to trap her. Again, how he came to know about Neeli and why he wants to trap her, is something that’ll unfold in the upcoming episodes.

So far, I’m interested in the playout of this week’s episode and the coming episode. It’s rather fascinating to watch Nagina go toe to toe with Neeli. First, Nagina gets slapped by Minal and ends up with a scar that only she can see. Then, she gets played by Neeli who disguises herself as Sumbal. If it wasn’t creepy enough that Neeli could slap people, she can shapeshift and change form as well. As more episodes will come, it’s going to be a challenge for viewers to determine what is really real and what isn’t.