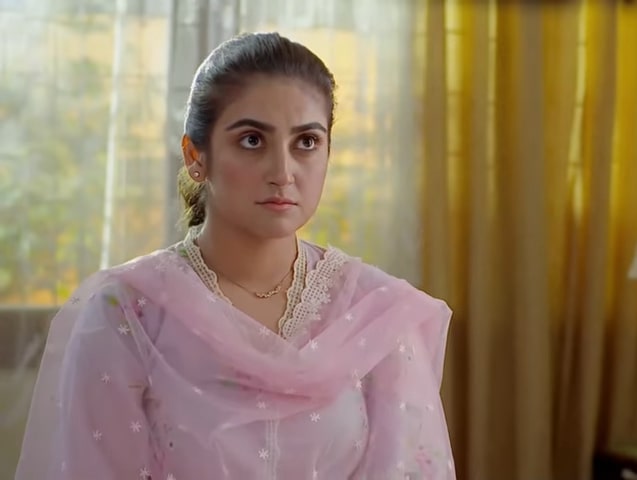 The opening episode of the drama mainly revolved around the exposition of Adil’s family. Being a strict police officer, he wants to run his house according to some set rules and regulations. However, this brings some dissent in the house.

HUM TV came up with another drama Tarap on 29-Mar-2020 which revolves around the family of a police officer Adil who is too strict for his family. We will be covering below the story and review of episode 1 of Tarap.

Check out the complete cast and crew of Tarap.

Story in a nutshell

The drama starts with the sight of a hungry kid who sets his eyes on a nearby dhaba (eating hut) where breakfast is being served to the customers. Out of poverty and hunger, he steals bread and runs away. However, fortune does not favor the brave here as the people catch him and beat him up severely, inflicting the poor soul severe injuries. Perhaps the writer got inspiration from some real incident. A passing by young man Faris spots the incident and calls out a police officer. The police officer named Adil reaches the spot to rescue the aggrieved child. He admonishes the coward crowd for beating the child and arrests the dhaba owner.

Later, Adil reveals to Faris that the kid succumbed to injuries and died in a hospital. He furiously blames all the ones who did not try to stop the crime. Faris also faces his wrath as to why he too did not try to save the boy.

The opening episode of the drama mainly revolved around the exposition of the main characters where we find Adil’s family. Being a strict police officer, he wants to run his house according to some set rules and regulations. He is living with his wife and son. While his remaining family includes his two sisters Zunaira (the elder one), Hania (the younger one), and their grandmother.

Zunaira is shown studying all night which depicts her studious and hardworking nature. She tries to wake her younger sister Hania for prayer who is too lazy to get up. The latter complains of too religious behavior and strictness in the house. She is against the house norms and complains multiple times where she is forced to follow a strict timetable.

Later, Adil opposes his wife for going out in a family function and refuses to permit his sisters for the function as he is against their going out.

Adil infuriates when he finds his younger sister absent from the breakfast table. His wife and Zunaira try to calm him down. Interestingly, the grandmother blames Zunaira for her negligence who accepts her mistake just to appease grandmother.

It is clear that the grandmother does not like both sisters. Later she objects over Hania’s appearance when she is getting ready for the university.  Zunaira gets blame yet again as grandmother opines that she is not upbringing Hani well. Zunaira again remains silent which depicts her obedient nature. It is revealed that Zunaira is doing private Masters while Hania goes to university to attend regular classes and the grandmother is against their education and going out.

We get a glimpse of a middle-class family where Faris, an unemployed young man is living with his elder sister. He has applied for multiple jobs but is yet to get the one. That’s the reason he often shows dissent to the rotten system where references and acquaintances are preferred than the abilities. We notice siblings’ love when he leaves for an interview.

We get introduced to another character Babar Ali as Laeeq who packs a gift for his wife Faiqa with extreme love. He appears to be a loving husband. However, he gets angry after returning home as he finds Faiqa absent. He throws away the gift in fury as he had requested her for a dinner. Faiqa returns home and finds the ravaged gift on the floor. Their relationship is unpleasant. Both have a daughter Zoha.

Adil appears to be a moral character that is not willing to compromise over his principles. His performance as a hardcore police officer is impressive. Though his wife complains that his dutifulness is risking family life, he is out to police the society and tries his best to civilize it. We liked his dialogues, let it be admonishing hotel man for punishing the poor child or advising bikers to be vigilant and think of their mothers.

He is too strict to allow his wife and sisters to attend a family function. He is against such gatherings where pretenses are served. For him, the more rational approach is to help the poor directly instead of such show-offs. His wife is not happy with this attitude. He is bitter perhaps by the fact that he is in the police department where jubilation is rare and he faces unpleasant situations. That’s why he is protective and does not want his sisters to be part of this cruel world.

Zunaira and Hania are two polar opposites as the former is found studying and praying while the other one gets away with both things. Zunaira fears his brother and takes every step vigilantly while Hania is ready to defy Adil. Hania is eager to get ready and makeup while Zunaira likes to keep it simple.

The character of Adil’s wife is of a balancing factor in the family who tries to keep the situation under control. She often diverts grandmother’s thoughts once the latter gets tempered.

In the end, Zunaira reveals that their mother did something weird when Hania complains of suffocation and seeks permission for a party. Finally, there is something to hint towards the family past which will definitely help in understanding Adil’s personality especially. The drama has taken a stunning start despite low attention. The story is interesting and the production work is great. We expect some interesting happenings in the future.

That’s it from our review of episode 1 of drama Tarap. Please let us know your suggestions that how well you find this drama.