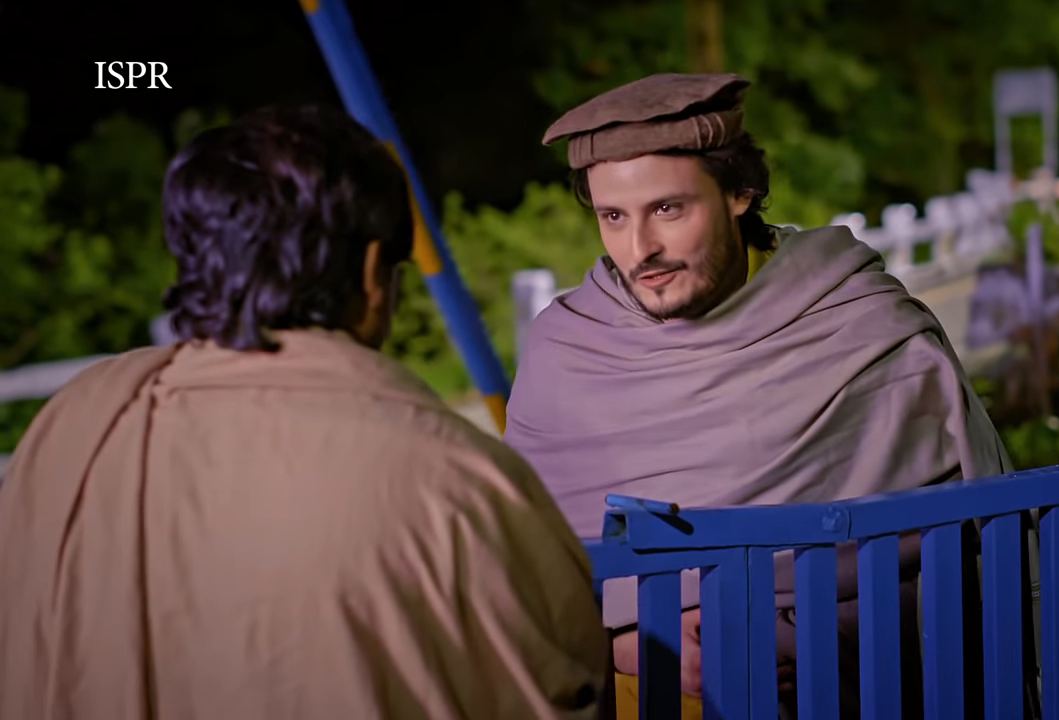 So episode 2 of Ehd e Wafa is here and we can’t stop ourselves from watching it at the earliest possible time. The college life is reminding many people of their youth memories and they are nostalgic. Let’s review what happened in this episode.

The boys somehow survive the previous incident and again are out of the hostel. Saad collides with Dua and knows the girl’s name cunningly after chasing her till the home.

Rani is back at her home where she justifies her position to her mother. She blames her teachers and prepares her mother for the expected failure in the exam. However, the mother is aware of her activities.

In the morning assembly, four friends fear about the upcoming insult. The principal calls out Khursheed and punishes him with a cane while they manage to avoid punishment. After that, they guess how they evaded the punishment since Khursheed should have told his father all the truth. Khursheed meets them and all four pay tribute to him for his courage and bravery and how he saved them all. But he disappoints them informing that he had told his father truth and they should prepare for the upcoming storm now.

The cousins whom we saw in Murree in previous episode plan to study abroad. They are identified as Dua and Ayesha. Dua rejects the idea however Ayesha plans to go to Ireland where her aunt resides. Ayesha’s brother Raheel arrives at the spot and we get to know that he takes extra interest in Dua.

Firdous demands inquiry of the night incident to know the truth so that no one could be able to escape hostel in the future. He is obsessed with Muslims historical characters and Nasim Hijazi novels. At last, he convinces the principal who then summons the boys to his office. On the other hand, boys are enjoying their Urdu class making fun of each other.

When presented as culprits one again, they demand proof and allege Khursheed for falsifying. They narrate quotes of Churchill, Napoleon and Mandela and demand justice. They seem to blackmail principal and warden emotionally until Malik Shah Zain blunders by referring Newton as a warrior who was indeed a scientist. Warden refers to Saad’s previous lie about mother’s birthday and how they avoided punishment by lying. The principal announces to call their parents and punish them in front of their parents since it is a matter of college’s reputation. When they go out, the principal stops warden of calling parents and tells he was just intimidating them. Boys listen and cheer the news.

We see that Rani is a joyful and lively character when she cheats while playing cricket with kids.

Vindicated from the severe punishment, boys again plan to escape. While wandering out at the road, Saad collides with Dua and ruins her cake which she had just bought from a bakery. Shariq and Sheryaar run away while Saad and Shah Zain remain at the spot. Dua is furious at the incident but Saad amazes to see her. Raheel comes to pick the girls. Saad suspects his relationship with Dua but Shah Zain consoles him guessing that he is just her brother.

They chase Dua’s car while the other two friends wait for them back in the hostel. When Dua’s car enters the house, Shah Zain insists on keeping on the chase but taxi driver frightens them quoting such a murder at his native village. Shah Zain plays a trick to know Dua’s name from the guard by posing himself a Pathan driver. After knowing her name, he runs away while guard shouts. Raheel comes out and is bothered to know the situation.

The story of the drama is moving at a good pace. No new characters were introduced in this episode. However, we had more insight into the previous ones like Dua, Ayesha, Raheel, and Rani. The acting of Shah Zain and Saad was exceptional in all scenes. Like the previous episode, it seemed that Rani was overacting when she was playing cricket. Moreover, some boys in the classroom scene were looking at the camera which somehow spoiled the scene. Firdous Baig’s obsession with Muslim history and his affinity to poetry and in particular with Allama Iqbal brings a smile to the audience’s faces.

When the principal surrenders SSG gang in his office, they quote great leaders to get principal’s sympathy but Shah Zain makes a mistake and terms Newton a fighter. The scene must not be missed. Moreover, in the end when Shah Zain disguises himself as a Pathan to know Dua’s name, the scene is humorous and watchable.

The characters have started connecting and we have discovered a relationship between Saad and Dua. Though the story looks great but overall acting somehow looked fabricated. Maybe, it’s just due to the fact that people had great expectations from the drama keeping Alpha Bravo Charlie in mind. However, it is challenging to meet such a benchmark but Ehd e Wafa has not failed in capturing the audience’s interest. Let me know how you found the episode in the comments section. Also, comment on how was the review and what more you would like to read about?