The year 2021 was quite similar to the last year as far as the pandemic is concerned. Life in general pretty much came to a standstill due to the pandemic, however, what it failed to affect adversely was our Pakistani drama industry.

The industry announced the release dates of about 49 fresh, new projects this year, with many more waiting to be announced. Within the first six months, the industry gained huge ratings thanks to its splendid new dramas being released. With merely a few episodes on their way, some dramas caused great hype and attracted a huge loyal fan base.

Here are listed the top best ten Pakistani dramas of 2021, so far. These dramas have truly lived up to their expectations and made a mark in the Pakistani drama Industry.

A story of love, family, and hard choices, Ishq Hai is the latest trending drama of 2021. The drama presents the life of Isra; a girl brought up in a family where love marriages are forbidden. She falls in love with Shahzaib, a betrothed man who goes against his mother’s wishes and chooses Isra over her maternal cousin, Nimra. Isra comes at a crossroads when she’s faced with the choice of saving her family’s pride or saving her lover’s life and she chooses the latter.

What sets this drama on the top of the list is its sudden turn of events where the viewers expect this show to be like every other sob story. However, when Shahzaib kidnaps Isra on her wedding night and forces her to marry him, a sudden turn of events takes place. What’ll come next in Isra and Shahzaib’s relationship is something worth every viewer’s while.

A blend of love meets spirituality, Khuda Aur Muhabbat brings us the story of Farhad and Mahi. Farhad falls in love with Mahi, instantly, but she doesn’t share the same feelings as him. Farhad vows to make Mahi fall for him and on this quest, he forms a connection with God. Farhad joins a link between his devotion for his lover, and the devotion to God, who’s supposed to guide him through this journey.

Rated on 9.1/10 on IMDB, the performances of Iqra Aziz and Feroze Khan have been praised by many viewers. The third season started airing in February 2021, where the series continued its trend of providing off-the-charts storyline and performances full of entertainment.

Another must-watch, romantic-spiritual-based, drama of the year is Raqs-e-Bismil. In merely a short time period the 2020 released drama gained much popularity and continues to trend in the year 2021. The television series gained an 8.7/10 on SAMAA FM and 8.5/10 on IMDB.

The plot entails the romantic journey of Moosa and Zohra where one comes from a religious and respected family while the other belongs to the hated segment of the society. Sakina, a girl that runs away for love and is dragged back home by her cousin, Moosa. She curses Moosa to never succeed in love and tragedy befalls him when he falls in love with Zohra; an escort. The patriarchal standards of society are challenged by Zohra while Musa struggles with his feelings.

The Ramadan series, aired on Hum TV, became one of the favorites soon after its release especially because of its cast, quirky and funny one-liners, onscreen chemistry, and ace performances. Ayeza Khan, Osman Khalid Butt, Ayman Saleem, and Arsalan Naseer of CBA (Comics By Arsalan) fame are the lead characters that have the audiences hooked to the screen with their chemistry and on spot dialogue deliveries.

Chupke Chupke is the story of one yet two families. Late Nawab Sahib left his wives and their children to fiddle with rivalry. Naik Parvar and Bakhtoo, the two widowed wives, are neighbors that try to keep their children apart. However, their families enjoy each other’s company and always end up sharing secrets with each other. As the name Chupke Chupke suggests, every character tries to do everything secretly yet ends up spilling the beans.

Although the storyline is pretty cliche, the drama is still funny and interesting. The script is hilarious and quirky and it is definitely a wonderful treat to watch.

A show that can be claimed as a hit with the viewers and critics, Phaans is a splendid addition to the Pakistani drama industry. Targeting the lack of balance of power in Pakistani society, this dramatic thriller is a great watch.

A poor girl with big aspirations falls prey to an unknown rapist and accuses a special needs patient, belonging to a rich and influential family. Everyone including the girl’s family questions her claims as she fights for justice.

Phaans has a great cast filled with superb actors, a brilliant director, and an engaging storyline. There is no question that the actor, Shahzad Sheikh played the role of an autistic patient so beautifully that the reveal stage was simply awesome. With only a few episodes remaining Phaans is sure to leave a lasting impact on its viewers this year.

Fitoor carved its place soon after it was screened on Geo TV. Its ensemble cast and Kiran Haq‘s elegant outlook in the drama are surely a treat to watch. It is a story of love, fate, emotions, and suspense, where both the lead characters have a failed love story in their past. But life takes an unexpected turn when their paths cross and they are able to overlook their past. Trying to move on in their lives, both characters are faced with their baggage from the past in the form of ‘lovers’ clinging onto them.

So far the viewers are at a standstill and they’re eagerly waiting for events to unfold. And, still, the question remains; Will the two leading characters be able to get rid of the ghosts from their pasts and accept each other? Or will they succumb to their feelings and fall prey to relationships deemed unfit by society.

Qayamat is a story of love, hatred, emotions, and revenge centered around the lives of two sisters, Ifrah and Samra. The plot revolves around a headstrong girl, Ifrah, whose life is jolted when her sister, Samra dies due to domestic violence and leaves behind a daughter. Ifrah is forced to marry her sister’s husband to take care of her niece and faces a similar problem. However, she knows how to retaliate and stand up for herself, which makes this drama an interesting watch.

The drama was first aired in January on Geo TV and caused quite a stir with its powerful performance and engaging plot twist. The show began to trend after the broadcast of a few initial episodes and has since been a favorite.

Surrounded by the negativity of a step-relationship, Azmaish is a series that highlights a story of hatred, vengeance, and helplessness. Nimra belongs to a family where her step-father always sees her as untrustworthy and her sisters treat her as a pawn in their games. However, it wasn’t long until a boy finds Nimra to be the girl of his dreams but due to certain pressures gets married to Nimra’s elder, cruel, step-sister, Shiza.

With an amazing cast such as Yashma Gill and Kinza Hashmi, Azmaish has crossed leaps and bounds as far as the classic story of sibling rivalry goes. Aired on Ary digital, this  Cinderella story gone wrong may turn out to be one of the top-rated dramas of the year.

Aired in May 2021, Pardes is a Pakistani drama that presents a perspective on male obstacles. A drama industry that mostly voices female issues, the production Pardes is a breath of fresh air. It brings forth the story of Ahsan, the head of the family, who has to go abroad to earn a living. He leaves his wife Zubeida with his family full of selfish individuals. Where Zubaida’s mother-in-law is worried about Zubaida’s pregnancy leading to a financial burden, Zubaida’s sister-in-law is interested in keeping her husband busy with herself.

If you’re looking for a practical story where responsibilities supersede love, then this production is the perfect fit.

Pehli Si Muhabbat is the love story of Aslam and Rakhshi. Both individuals battle the societal pressure that hinders their plans to live together. What makes the play special is the debut entry of Hassan Shehrya Khan as Akram who plays the role of a stern and stubborn elder brother to  Aslam. Similarly, there is another character that causes much problem for the two, Faiz Ullah, Rakhshi’s father. He is the force she has to battle in order to find her love. Faiza Iftikhar, the writer, responsible for bringing life to such characters, carefully planned and executed this series. She gave time to the characters to develop and struck ‘awe’ from its viewers, i.e. why Aslam and Rakshi’s struggle had a different impact than other characters.

A drama becomes a masterpiece when it has all the right ingredients – a stellar cast, power-packed performances, and a gripping storyline with the right amount of twists that leave the audience hooked. The above-mentioned dramas have all the ingredients in the right quantity. Hence they have made a mark in the industry. The entire cast and crew of these dramas deserve applause for their outstanding work.

We strongly recommend these shows to all the Pakistani drama industry fans as they are truly worth the hype. Happy watching! 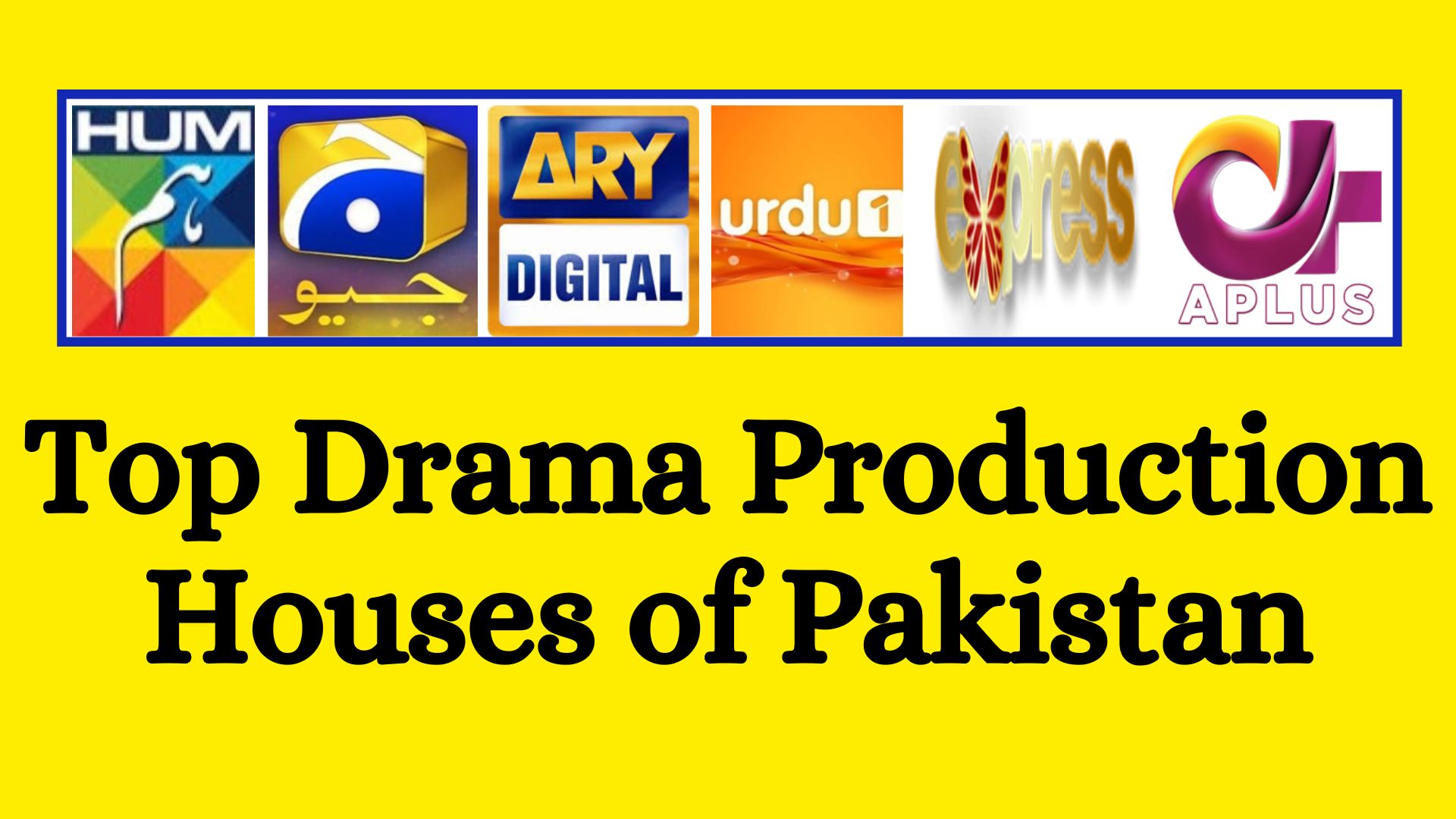